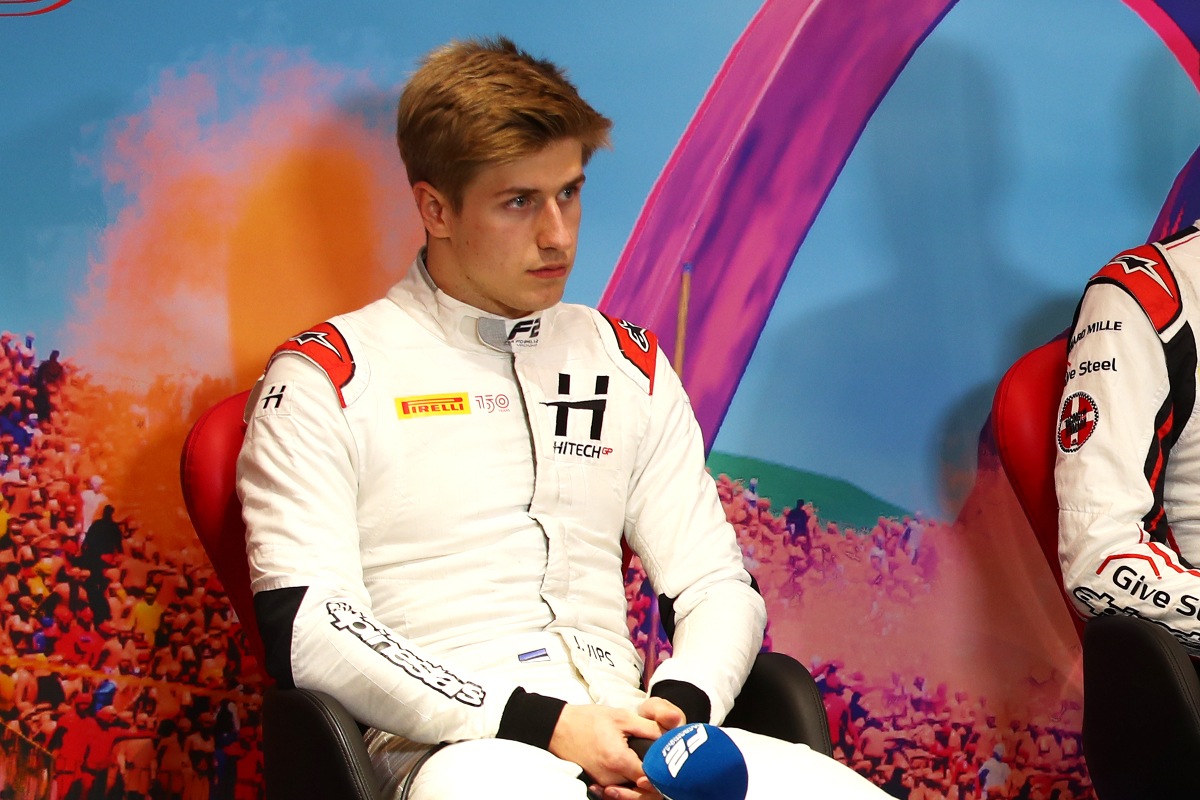 Juri Vips is not confident of landing a seat in Formula 2 next year due to his current position in the championship.

The third-year driver, who did a third of the 2020 season with DAMS before joining Hitech GP for the next two campaigns, could end this year third in the standings and with more wins, poles, podiums and points than he scored in 2021.

However with one round to go he lies 10th in the table, only got his first win of the season in the most recent sprint race at Monza and crashed out of the two races he started on pole. He failed to finish in the top 10 on-the-road the other two times he started on the front row.

Vips said the Monza win means “a lot”, but his “better late than never” success may actually be too late.

“We’ve had countless chances to win this year and for one reason or another we haven’t executed,” he said. “Very happy to finally get a victory under the belt, but also hope to get a couple more this year.

“I mean, it’s tough to find the words [to describe 2022]. It’s been really, really tough. It’s also taught me a lot of things, I think I’ve grown a lot as a person, and as a driver as well. It’s just been sort of learning how to overcome bad results basically, it’s been sort of the story of the year. But happy to finally get one victory at least under our belt.”

Although Vips would like to put 2022 behind him, as earlier in the year he lost his reserve driver job at Red Bull Racing and also his place on the Red Bull Junior Team after using a racist word, he thinks it has made it harder for him to find a 2023 drive in junior single-seaters.

“We’re still looking into next year. It’s looking quite difficult at the moment, based on where we are in the championship and how the season’s gone. We’re trying, but can’t give you anything yet.”

He added: “It’s been like a season where I’ve had to learn how to deal with these kinds of setbacks and stuff, every race weekend. We haven’t had a good race weekend so far. It’s been incredibly tough. I wouldn’t say we’ve had the pace in the second half of the season as we had in the first. But also like I made a couple of mistakes here and there and stuff. It’s difficult, because it’s gone really, really not to plan, and it’s just I need to learn how to overcome it.”

Although Vips lost his Red Bull backing, his funding for the year meant he has been able to see out the F2 season with Hitech, and he is rumoured to be looking at racing in America as his F1 prospects have diminished.