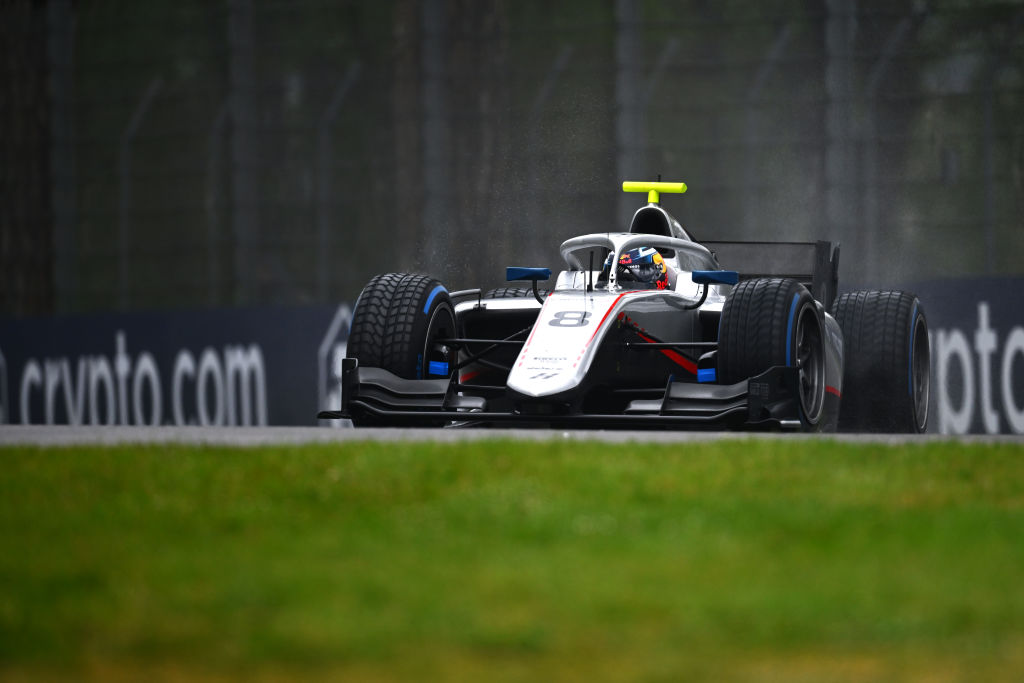 Juri Vips feels that his maiden Formula 2 pole has been a long time coming, and called it “a relief” to break his duck at Imola this weekend.

Delays due to weather, which contributed to red flag interruptions too, made for a chaotic qualifying session that ran into dusk at Imola and Vips emerged on top to claim his first pole since the 2019 Macau Grand Prix when he was racing in Formula 3.

Formula Scout asked him whether he felt he was overdue a pole, with his only front row qualifying performance since debuting in F2 being in Baku last year, and whether he was overdue good luck after being plagued by reliability issues.

“It’s a little overdue,” he replied. “I’ve had some bad luck in the past where we’ve had a fast car and circumstances out of my control have, I can’t say that would have prevented a pole, but for me to fight for it at least. There has been at least two occasions where I think it [happened].

“It’s a bit of a relief to finally get that ticked off the list, because I was a bit annoyed that I hadn’t got it so far.”

Speaking of qualifying at Imola itself, he said: “It’s always nice to get a pole, but I’m still thinking about tomorrow and Sunday. It’s the races where you get the points, and where you move up and down in the championship.

“I’m very happy because we’ve lined ourselves up for a very nice weekend.”

“[In qualifying] visibility was terrible behind cars. But only at some places. In the end of the session actually, the racing line was dry. But once you got off-line and there was a couple of people bunching up, especially in the last sector, it was a bit more wet, you couldn’t see anything. And it’s quite a dangerous spot as well, going down the hill.

“The session, phwoar, it was quite tough. Because in free practice we just kept improving, but it didn’t look much more dry than free practice, but the tyres only lasted a lap for me. On the first set, maybe two laps, I improved on the second, but then I just had no grip after. And it was the same case on the second set.

“I actually started my lap thinking that I’m going to do a warm-up lap. But then I arrived in turn one and I’m like ‘okay I have the grip’, so I kept pushing and here I am on pole. It was that kind of a session.”

It was Hitech’s first F2 pole since Baku last year, when Vips had set the free practice pace but was then beaten by team-mate Liam Lawson – who had learned from his data – in qualifying.