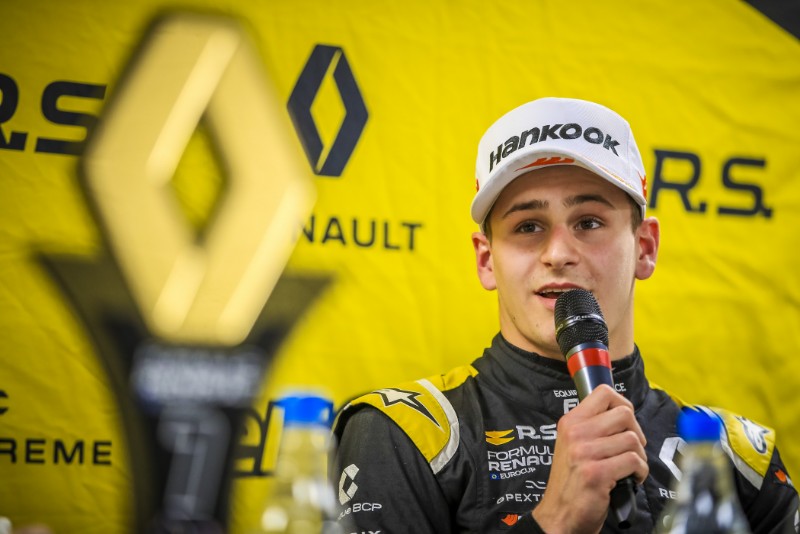 Renault Formula 1 junior Victor Martins has explained that it was mistakes that cost the Frenchman the Formula Renault Eurocup points lead at Silverstone.

The MP Motorsport driver qualified eighth for the first race of the weekend, and ended up earning a single point by finishing 10th in the race. It was a continuation of struggles that had afflicted the 17-year-old during the pre-event test and free practice.

He showed improved pace during Sunday’s qualifying and race, starting and finishing in third.

“We were struggling from Thursday,” Martins said.

“MP just kept working, and now we’ve ended on the podium. We really needed that result for the following races.

“It?s always difficult when you arrive at a track and you?ve never drove on that track with the new car. We kept on working, and tried to find something like R-ace GP found.”

R-ace GP locked out the wins, poles and fastest laps with Oscar Piastri and Alexander Smolyar, with Piastri now holding a 16 point lead over Martins in the standings.

“We improved the car a lot in qualifying this morning, just from my side, as I had made too many mistakes. I think my lap could?ve gone a lot better though so I?m a bit disappointed from my side but the team did a great job, and I think we found something.”

Martins’ race pace improved enough for him to be best of the rest behind R-ace GP, and his mistake-filled final qualifying lap makes it difficult to gauge if the same advances had been made on one lap pace.