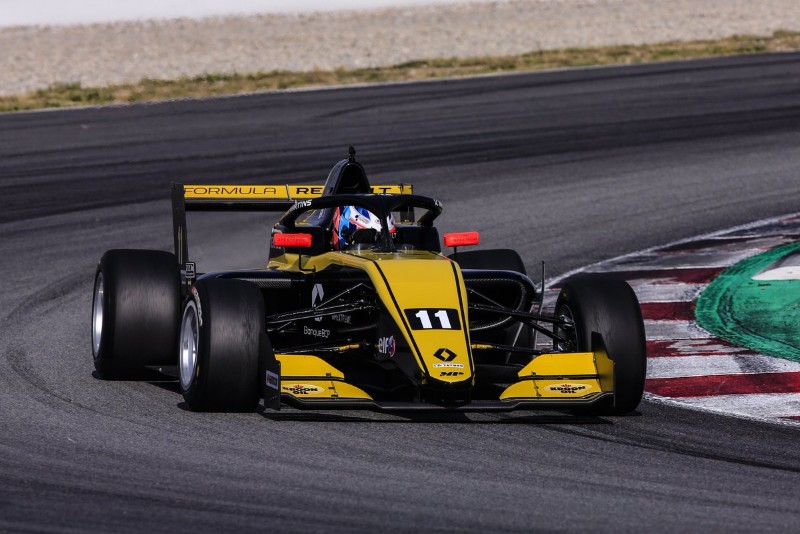 The MP Motorsport driver, who already held the record after taking pole with a 1m41.864s lap during the championship’s visit to the circuit last year, ended the day with a best time of 1m41.544s.

The Frenchman spent much of the morning on top, initially taking over from SMP Racing junior and R-ace GP driver Alexander Smolyar, who had led after the first hour.

Martins’ time was enough to be above Lorenzo Colombo before improving to a 1m42.014s in the last hour, extending his advantage.

Smolyar started the second session of the day by going top before Martins led for over 90 minutes before a flurry of lap times were submitted with around half an hour remaining. R-ace GP’s?Oscar Piastri went top of the timesheets on three occasions while Martins, Smolyar and Bhaitech driver Petr Ptacek swapped times behind him in the order, staying within three tenths.

Martins got closest within a tenth of Piastri?s effort before he retook top spot with eight minutes to go, a time that went unbeaten shortly after when a crash for Brad Benavides (FA Racing by Drivex) at Turn 1 red flagged the session.

Piastri ended up second, ahead of Ptacek and Smolyar. Colombo’s morning time was enough to put the MP driver third overall though, with second Renault junior Caio Collet (R-ace GP) also beating Ptacek and Smolyar thanks to his morning effort.

JD Motorsport?s Ugo de Wilde and M2 Competition’s Kush Maini were seventh and eighth, and the last two drivers within a second of Martins.

Frank Bird was the lead Arden driver in ninth, ahead of Xavier Lloveras of the debuting Global Racing Service team and surprise Eurocup returnee Callan O’Keeffe who raced in the championship as early as 2014.

Italian Formula 4 runner-up Leonardo Lorandi missed much of the morning with an engine issue in his JD Motorsport car, setting his first timed lap with 35 minutes of the opening four-hour session remaining. He was off the pace in the afternoon session too, leaving him 14th overall/