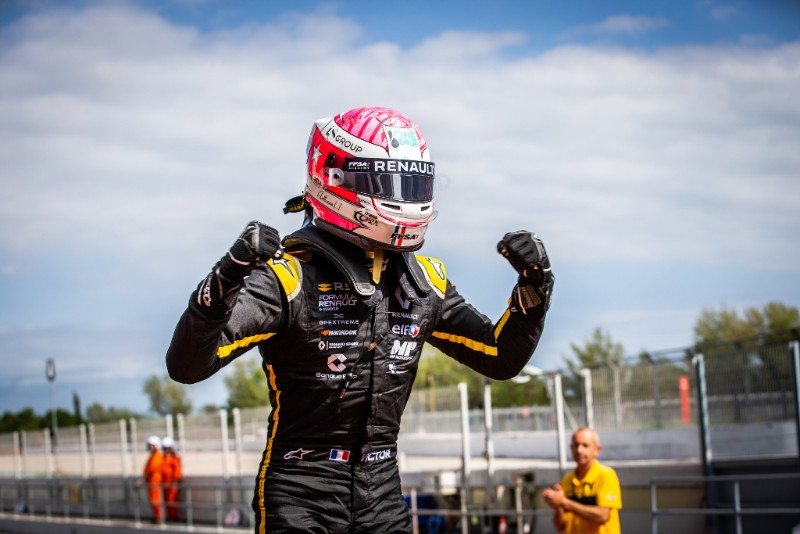 Victor Martins took his fifth Formula Renault Eurocup pole of the season in qualifying for race two at Barcelona.

A majority of the field sat at the top of the timesheet at some point during the session, with Arden’s Patrik Pasma first to set a flying lap with just 10 minutes of the session left to go.

Bhaitech’s Federico Malvestiti was the next pacesetter, with Martins finally moving into first place for MP Motorsport with six-and-a-half minutes of qualifying remaining.

He was very swiftly demoted by JD Motorsport’s Ugo de Wilde and then his own team-mate Lorenzo Colombo, but he responded by reclaiming top spot on his next lap.

It then became a three-way battle for pole between Martins, Bhaitech’s Petr Ptacek and R-ace GP’s Alexander Smolyar.

Ptacek went top with just under four minutes to go, with Smolyar taking first place a lap later. He improved on his best effort seconds after the chequered flag fell, but Martins was even later across the line and his final lap put him on pole by 0.036 seconds.