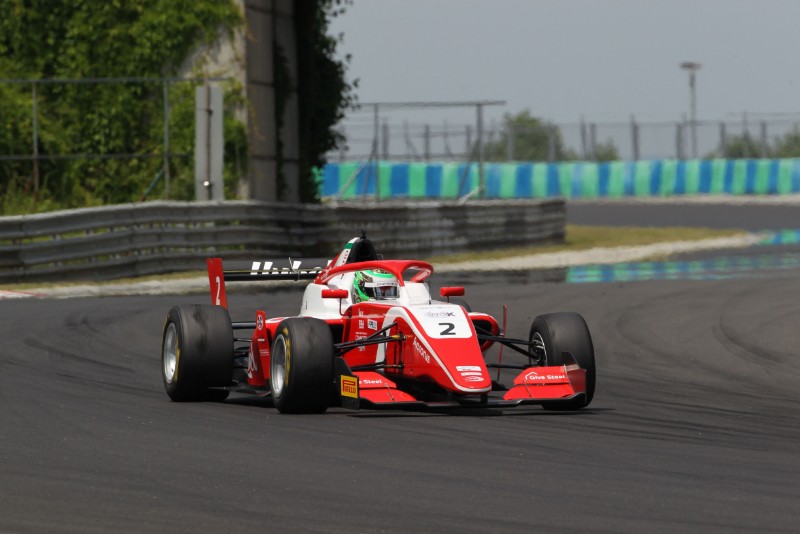 The championship leader was pipped to first in the morning session by a margin 0.024 seconds by David Schumacher, but struck back in the afternoon to find just over a tenth of a second.

US Racing driver Schumacher still did enough to end the day in second, 0.001s up on Vesti’s Prema team-mate Enzo Fittipaldi.

After going sixth in the morning ahead of Fittipaldi, Olli Caldwell also improved in the afternoon to ensure Prema had three of its cars in the top four, and was little over a tenth off Vesti.

Going in the opposite direction was Van Amersfoort Racing’s Sophia Floersch, who performed well in the morning but failed to match her pace in the afternoon. She completed the most laps of anyone in the second session, and set her personal best sectors at the end of a practice race stint.

Esports star Igor Fraga was sixth for DR Formula by RP Motorsport, beating the second US Racing car of Marcos Siebert. The former GP3 driver had a difficult day which included a spin.