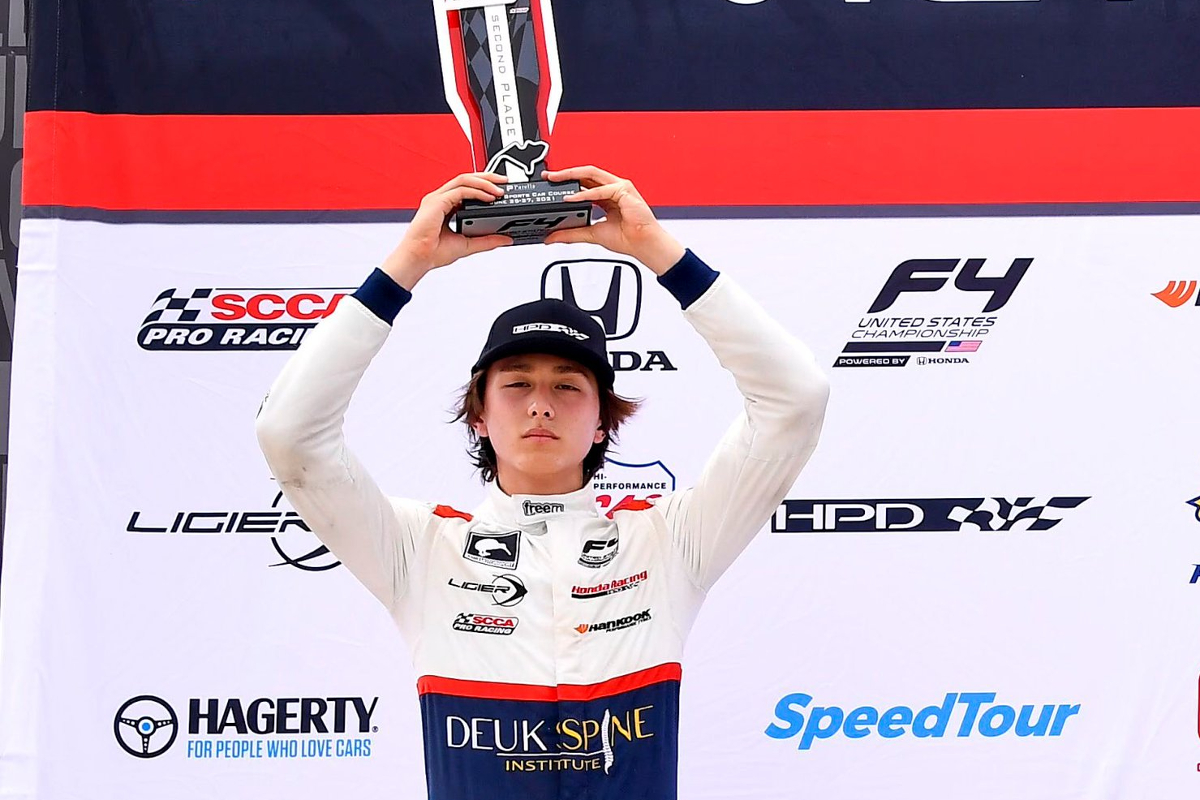 Van Amersfoort Racing has completed its five-car line-up for this weekend’s Italian Formula 4 opener at Imola, confirming Jules Castro and Arias Deukmedjian as part of the team.

Both drivers declared earlier this year they would be racing in a European F4 series, with Castro stating he would be with VAR although not being announced until this Wednesday (May 4).

Similarly, Deukmedjian had made public that he would be racing for VAR and it has now been made official that he will compete in the ADAC and Italian F4 championships. He has been testing with the team since last November.

“It’s amazing to see how quickly things are moving for me,” said Castro, whose stepbrother Jef Machiels is racing for VAR’s alliance with Monlau Motorsport in Spanish F4. It had previously been announced that Castro would be racing in that series.

“It was only a few years back that I first got in touch with anything related to racing, and now I am ready to compete in one of the toughest F4 championships out there. I’m very well aware that I still have lots to learn, but that is exactly my intention for this season. With their track record, teaming up with Van Amersfoort Racing gives me great confidence.”

Castro, who has mileage in the electric car that will be used in the new ERA championship, has karted mostly on the Belgian scene, and came 24th in the Rotax Euro Trophy’s Senior class in 2020 by appearing in one of the series’ four rounds.

At the start of 2022 he made his single-seater racing debut in F4 United Arab Emirates, contesting two rounds with Pinnacle Motorsport in the same Tatuus T-421 car that will be used in Italian F4. His best result was a 13th place.

Deukmedjian, 17, did a half-season in United States F4 last year and came ninth, then made Formula Regional cameos in the FIA’s American and European series. In 2018 he picked up his first open-wheel experience in F2000 Championship Series.

“Most of the European tracks I’ll be racing at are new to me, so I look very much forward to it,” he said.

“I’m excited to be racing F4 in Europe. I prepared well over the winter period, and I feel ready to attack the season. Really happy as well to be doing it with reigning champion VAR. I spent quite some time with them during the past months preparing and I am impressed with how passionate they are towards the sport.”