Vandoorne on top in opening session of GP2 test 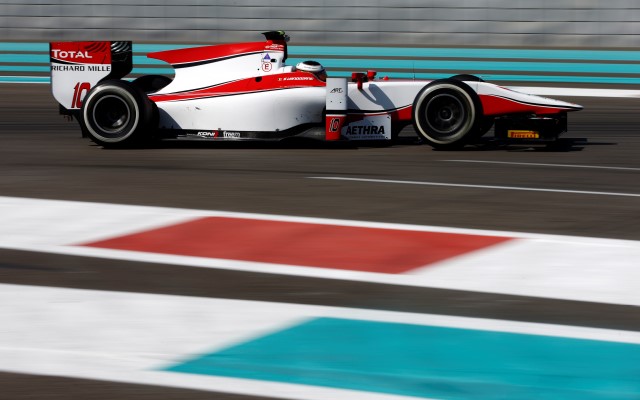 Stoffel Vandoorne continued to set the pace in GP2 as the post-season test got underway in Abu Dhabi.

He was 0.379s quicker than fellow regular Mitch Evans, who remains with Russian Time after finishing fourth in the 2014 standings.

Red Bull Junior Pierre Gasly was third as he tests for DAMS after contesting the final three rounds of the season for Caterham, with fellow Frenchman Arthur Pic in fourth for Campos, who he has already re-signed with for 2015.

The Caterham team has completed its transformation into Status Grand Prix, and Rio Haryanto continued with the team to take P5. Julian Leal was sixth for the Carlin team that is keeping him on next year, while Andre Negrao was seventh with his usual Arden team.

Japanese F3 champion Nobuharu Matsushita propped up the times in the second ART car, which he will hand over to fellow Honda driver Koudai Tsukakoshi for the second session.

Rene Binder was absent, too unwell to test for Trident as planned.