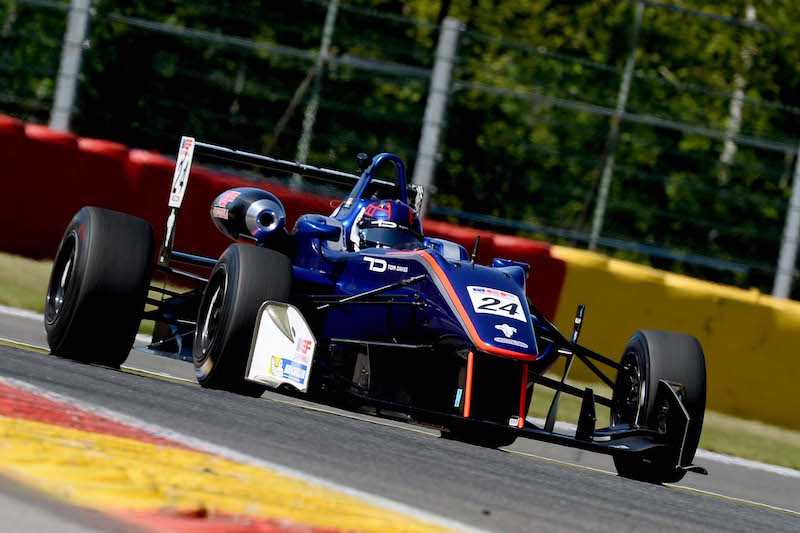 Pole-sitter Scott, who signed a deal to drive for RP Motorsport the whole season following his double at Estoril last month, initially led but could not pull away from Carlin?s Vaidyanathan in the opening laps.

On lap three, Vaidyanathan picked up Scott?s slipstream down the Kemmel straight and swept past into the lead.

For the rest of the race he was unrivalled, immediately putting a second between himself and Scott and then stretching that advantage out to two-and-a-half seconds over the rest of the 13 lap race.

Scott fell into the clutches of Devlin DeFrancesco and Nikita Troitskiy as the race progressed, but did well to avoid being slipstreamed for much of the distance.

On the last lap DeFrancesco got close, coming alongside down the Kemmel straight but unable to work the outside line at Les Combes into a move, and trailed Scott for his first podium of the season and rookie class victory.

Troitskiy finished fourth, ahead of Thiago Vivacqua (who had briefly joined the hunt of Scott) and Tarun Reddy.

Simo Laaksonen was a distant seventh in front of Alex Karkosik, Petru Florescu and Eliseo Martinez.