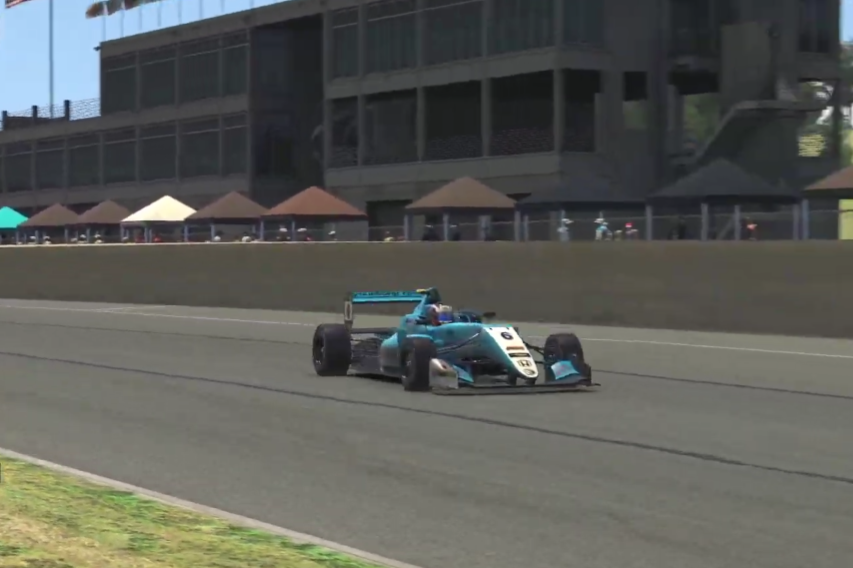 Sikes beat Quinlan Lall to pole, and after a strong opening lap he never looked under threat in the 25-lap race. Encountering traffic brought his rivals onto his tail, but they were never quite close enough to make a move.

Lall ran in second for the first few laps, but was then passed by Viktor Andersson and Muhammad Ibrahim before making a surprise early pitstop.

Despite setting fastest lap several times, Andersson only made small gains on Sikes and was never able to shake off Ibrahim behind. With a few laps to go, Ibrahim made a late lunge from a distance after Andersson left the door open and the result was the pair clashing.

At that point they had been just one second behind Sikes, but they dropped over 10 with their clash and it was Ibrahim who emerged escape in second place.

Andersson rapidly cut down the several seconds he’d lost to Ibrahim in the incident, but had F4 Western champion Marco Kacic chasing and the Canadian made a stunning move for third on the final lap just as Andersson was eyeing up Ibrahim.

Reigning Formula Regional Americas champion Dakota Dickerson started from the pits and was up to eighth mid-race before a spin that put him into the barriers with terminal damage.