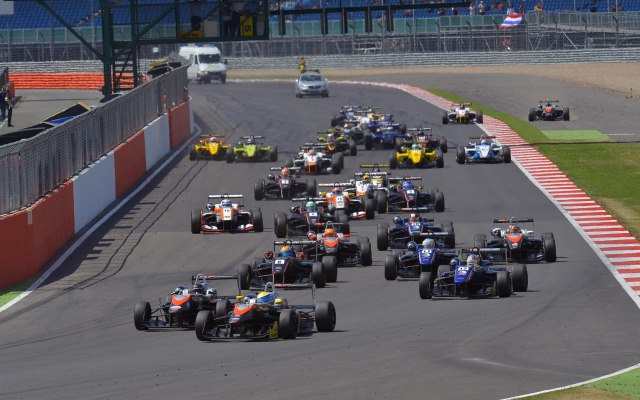 Uruguayan Santiago Urrutia celebrated his second victory in F3 Open in race two at Silverstone, making the championship a four-way battle with the difference between the series leader Sandy Stuvik and fourth Nelson Mason is only 32 points with six races to go.

The 16-year-old Urrutia started from the pole position alongside his teammate Stuvik. The two RP Motorsport drivers spent the race very close to each other, however, Stuvik never risked his valuable position with making a move, so they finished the race in the same order.

After winning the first race, Ed Jones celebrated another podium finish at Silverstone. The biggest loser of the race is Mason, who was forced to retire from the fourth position as Hector Hurst caused an accident.

Race two saw a huge accident between Saud Al Faisal and Tommaso Menchini. The Italian hit the RP Motorsport driver’s car, which flipped in the air. Thankfully, Al Faisal was able to walk away from his car.