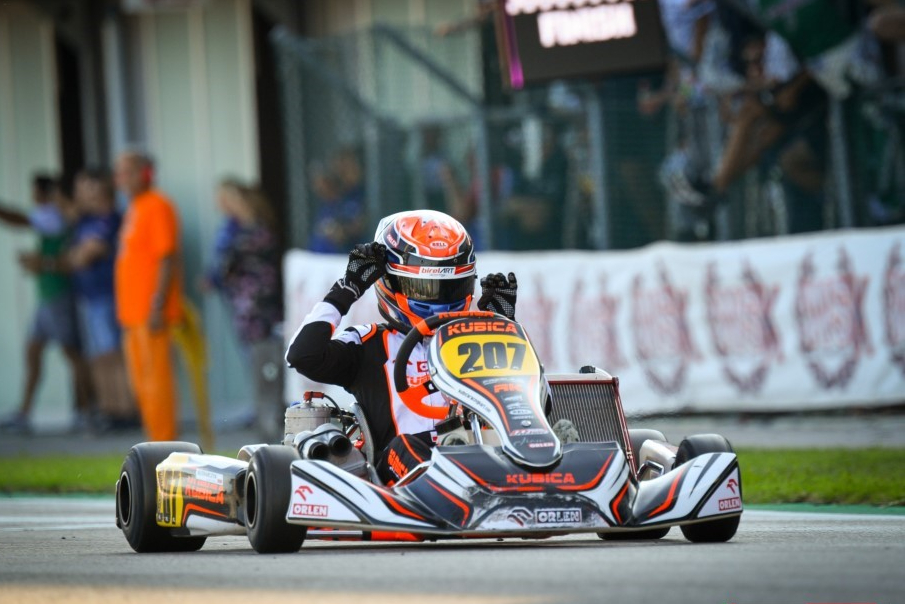 The winner-takes-all shootout featured 12 drivers drawn from teams across the world that use Birel ART karts, and took place across three days on October 11-13 at Navarra. Previous editions took place at Le Mans as winners got French F4 seats.

The 12 finalists, all nominated by Birel ART dealers, spent the first two days focused on assessments of “physical and mental capacities” with Formula Medicine, before testing with MP Motorsport (supplier of the prize seat) in F4 cars on day three.

“I am thrilled. I am speechless,” said Kucharczyk. “Making the leap from go-karts to single-seaters is always an important and complicated step, but the hard work of these years gave me the opportunity to be able to participate in this event.

“I have given my best in each of the stages, always listening the advices to improve and, moreover, I have had fun with all my colleagues and rivals.”

Kucharczyk, who has tested under the eye of Formula 1 grand prix winner Robert Kubica as he races his kart chassis, will be one of MP’s four drivers for 2022, as Spanish F4 limits teams’ car count following a boom in the grid size this season.

“I thank Richard Mille and MP Motorsport for their trust in me for next season and I promise to make the most of this opportunity, so I’ll keep working hard, not only on the track, but also outside being a great student at school”

This year the 15-year-old stepped up to senior karting in OK karts, and came second in WSK’s Open Cup, third in its Euro Series, sixth in the Super Master Series and 14th in the Champions Cup. His CIK-FIA European Karting Championship campaigned resulted in 24th place in the standings, as he was disqualified from the final of one round.

Each driver got four 20-minute runs in the F4 car on the final morning, with the six fastest going through to the follow-up test sessions in the afternoon. After that, the Richard Mille jury selected Kucharczyk, Stenshorne and Targett to contest a qualifying simulation on new tyres and then took all stages of the shootout into consideration when deciding upon the winner.