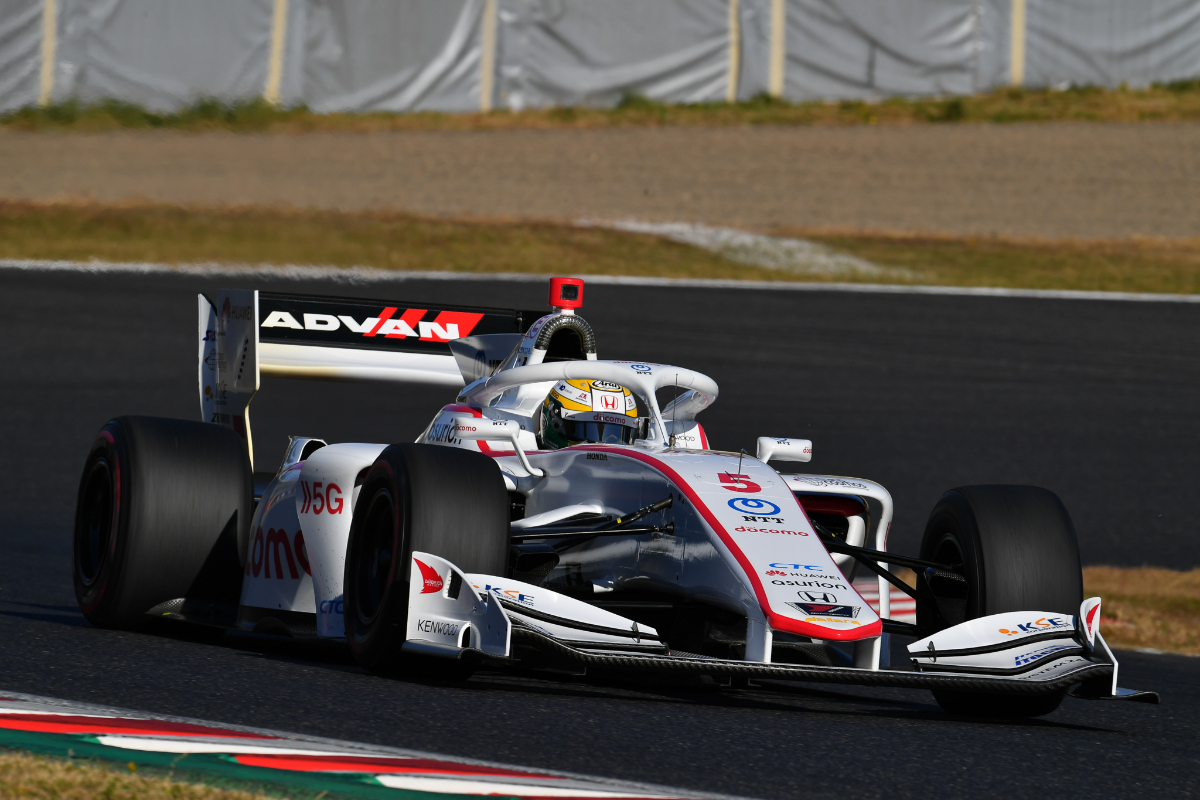 Naoki Yamamoto prevailed in a four-way fight for the Super Formula title in a dramatic season finale at Fuji won by Sho Tsuboi.

Pre-race there was drama as Yuhi Sekiguchi’s car set on fire in the warm-up session, Charles Milesi spun off on the way to the grid and Tatiana Calderon stalled and had to start from the pits.

Title contender Tomoki Nojiri made a slow start from pole and Sho Tsuboi and Nobuharu Matsushita immediately moved into the top two positions, with points leader Yamamoto right behind Nojiri and title outsider Nick Cassidy rising from last to 12th on lap one.

Ryo Hirakawa, Yamamoto’s main title rival, passed Ukyo Sasahara on lap three to get behind Yamamoto and the order was set until the pitstops.

Nojiri was first to pit, but a lost wheelnut cost him several seconds. Hirakawa’s Impul team was next of the frontrunners to prepare for a stop, possibly in an attempt to lure Yamamoto into pitting, but the strategy didn’t work out and he ended up pitting on lap 14 of 40 with Yamamoto coming in a lap later.

Yamamoto didn’t lose too many places with his stop, but on cold tyres he was instantly passed by Toshiki Oyu and Nojiri. He emerged alongside Hirakawa and the pair ran side-by-side for several corners before Hirakawa’s warmer tyres enabled him to get through. The tussle continued though and Yamamoto used his fuel flow-based overtaking system to pass Hirakawa down the pit straight, but ran wide at the first corner and the pair were side-by-side again.

Hirakawa spent the rest of the lap jinking left and right trying to get past to no avail, and the title fight focus moved to the front as a few laps later Ukyo Sasahara pitted and Cassidy was left with a 24-second lead.

Cassidy got faster and faster on his tyres and stretched out his lead to 32s over Tsuboi and Matsushita before Nojiri’s car came to a halt on track and he had to pit in case a safety car interruption wiped out his advantage.

He emerged right between Yamamoto and Hirakawa, and as he defended from Hirakawa it allowed Yamamoto to break clear and for Sasahara to get onto Hirakawa’s tail.

Hirakawa stopped Sasahara from getting through, but that ended his hopes of passing Yamamoto in the closing laps, even after Cassidy cost the Dandelion Racing driver time in a thrilling battle to take fourth.

Cassidy was against fastest on track, and hunted down the top three who were all still fighting.

Oyu had passed Matsushita and tried to overtake Tsuboi for the lead with five laps to go. He failed, leaving Tsuboi to take his second win and third in the points from Cassidy on victory countback.

Yamamoto became a three-time champion by holding off Hirakawa for fifth place.