Tsuboi gets one over on Makino at Fuji 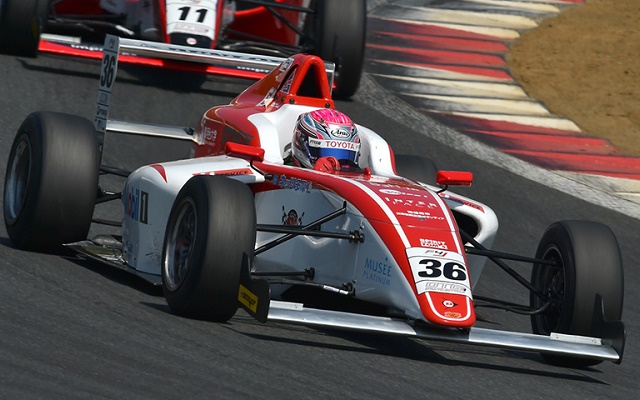 After twice finishing second to Tadasuke Makino at Okayama, Sho Tsuboi rebounded with a win of his own in the first Japanese F4 race at Fuji.

Such an outcome seemed unlikely when Tsuboi slipped to fifth at the start, yet he fought through the field to get himself into a position to win the race.

Makino started from pole but let Yuichi Mikasa through into the lead, only to retake first a lap later.

Mikasa then dropped down to fifth and was subsequently passed by Tsuboi, before eventually retiring from the race.

Tsuboi, meanwhile, passed both Hiroki Ohtsu and Shinnosuke Yamada before stealing the lead from Makino.

Despite Makino’s best efforts, Tsuboi narrowly held on to claim his first win, while Yamada completed the podium, finishing within the same second.

Beckmann sweeps to maiden victory in race two at Vallelunga