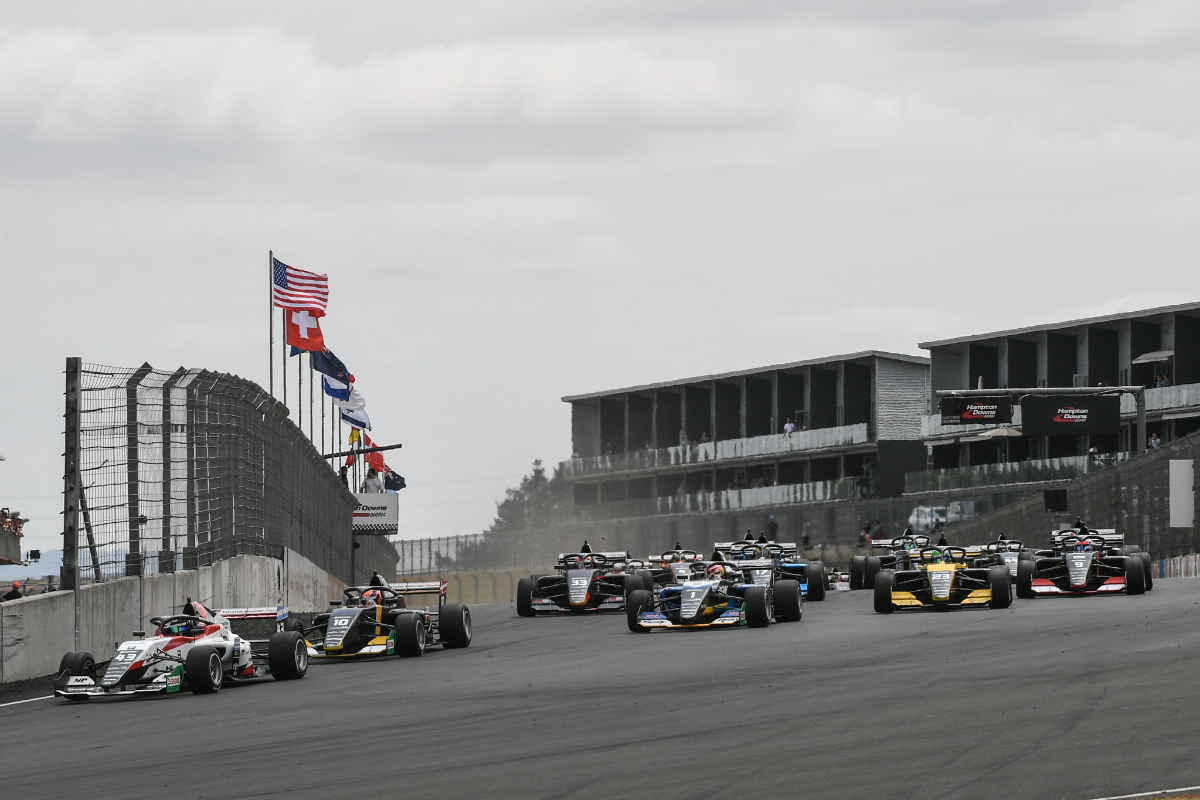 The Toyota Racing Series will be rebranded and recieve a FIA superlicence points boost in 2023 as it becomes Formula Regional Oceania.

The New Zealand-based series, which since 2005 has run every year bar the current one due to the COVID-19 pandemic leading to the 2022 season being cancelled, has been using FRegional-spec cars since 2020 with Toyota engines.

It will now become an official FIA championship for the category, meaning the champion of what is traditionally a winter series (for the racing world) will now recieve 18 superlicence points having previously only earned 10. The superlicence system allows drivers to claim points from multiple championships in a year, increasing the attractivity of winter series.

The Oceania region encompasses Australia, New Zealand and the islands of the Pacific Ocean. Although TRS is yet to race in Australia, it had considered holding non-championship rounds in the country in 2021. But travel restrictions during the pandemic meant the most recent TRS season was instead a three-event campaign exclusively for Kiwi drivers.

For next year TRS/FRegional Oceania returns to its usual format of five rounds over five weeks in January and February, with the New Zealand Grand Prix being the final race of the penultimate round at Hampton Downs.

“The new status of the FRegional Oceania Championship brings more clarity on where the category stands in the pathway to Formula 1 created by the FIA. Thanks to significant investment from Toyota over the years and the way the championship has evolved this will be the cheapest and most competitive option available at this level for drivers and junior teams.

“We have identical state-of-the-art cars fully FIA compliant on safety and performance with engine performance controlled by Toyota. We have four highly experienced contracted teams that run the cars and we know the championship always favours the best drivers and those who gel most effectively with their engineers, which is how a championship at this level should be.

There has also been bad news for the championship, as long-time team MTEC Motorsport has had to withdraw from the upcoming season.

“It’s with great regret that due to drivers pulling out of our 2023 TRS program we have had to make the difficult decision to withdraw from the series for 2023,” the team said in a statement. “We thank everyone who has worked hard to try and make this happen. Eyes forward for 2024.”

MTEC had announced Formula Ford graduate Tom McLennan as its first signing, with another having been made.