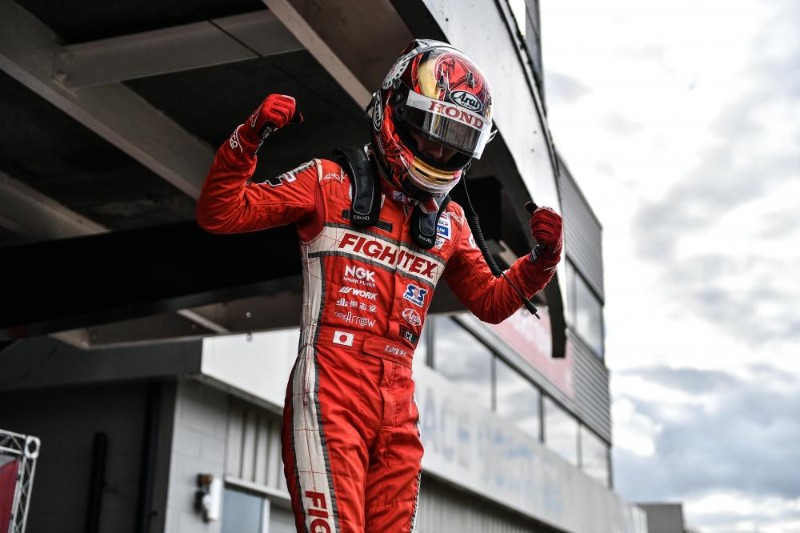 Toshiki Oyu made it two wins out of two in his Euroformula Open cameo at Silverstone, controlling the race once again from pole.

The Honda junior, racing in Red Bull junior Yuki Tsunoda’s Motopark car, was unchallenged at the start by fellow front row man and team-mate Cameron Das and proceeded to pull away with ease over the 15-lap race.

Das held on to second place until the penultimate lap, when Billy Monger passed him at The Loop and made contact with his front wing. With damage, the American dropped down the order to sixth while Monger led a ferocious battle for second.

At Brooklands on the same lap, Motopark’s Enaam Ahmed passed Monger around the outside of Brooklands, with the latter then losing another spot on the final lap to Carlin team-mate Nicolai Kjaergaard.

After being baulked in qualifying, Kjaergaard started the race from seventh but had the pace to match Oyu. He set lap record after lap record in his pursuit of the drivers ahead, and pulled off clinical moves on Dennis Hauger (Motopark) and Monger on the way to a second podium in a row.

Hauger had started in third, a position he held for one lap before his inexperience started to show and he faded to fifth.

Dunner even came under pressure in the last few laps from Double R Racing’s Linus Lundqvist, who had been spun off the track early on by Carlin’s Christian Hahn – who swiftly retired with steering damage.