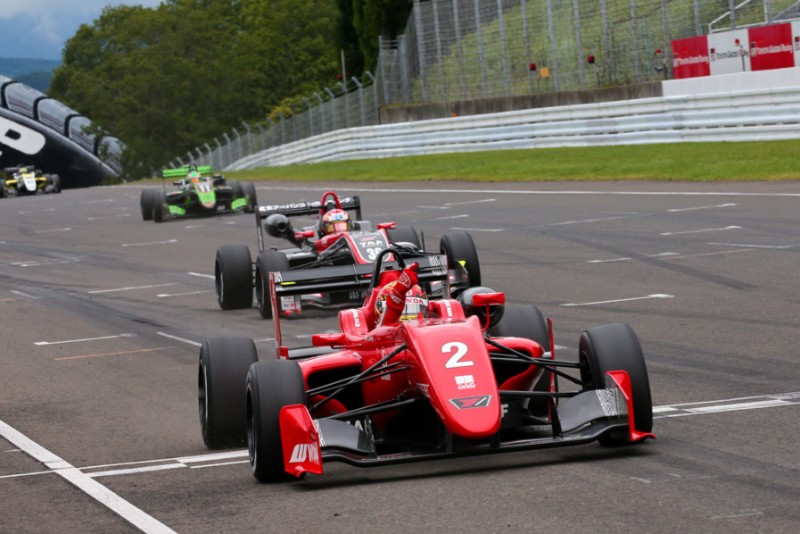 The pair are two of three new additions to the championship-leading squad, with the as-yet-unknown third driver set to be named in the coming days.

They join title favourite Marino Sato and Cameron Das at the team, in place of Red Bull juniors Liam Lawson and Yuki Tsunoda who are both competing in the clashing FIA Formula 3 round at Monza.

He simultaneously competed in the FIA-backed F4 championship in Japan, and his performances earned him Honda patronage for his second season in 2017. After finishing fourth in the standings, he moved up to F3 with Toda Racing.

A first championship win came earlier this season at Sportsland SUGO, and he is in contention for third in the standings in September’s Okayama finale. Although he is set to drive in a Red Bull-liveried car at Silverstone, it is a symptom of racing Tsunoda’s chassis rather than a sign of support from the Formula 1 team.

ADAC and Italian F4 title contender Hauger, also a winner in British F4, has already tested with Motopark and was set to make his EF Open debut last month at the Red Bull Ring, as exclusively revealed by Formula Scout.

The Italian F4 regulations prevented the 16-year-old Norwegian from taking part, as he evaluates his 2020 racing plans.