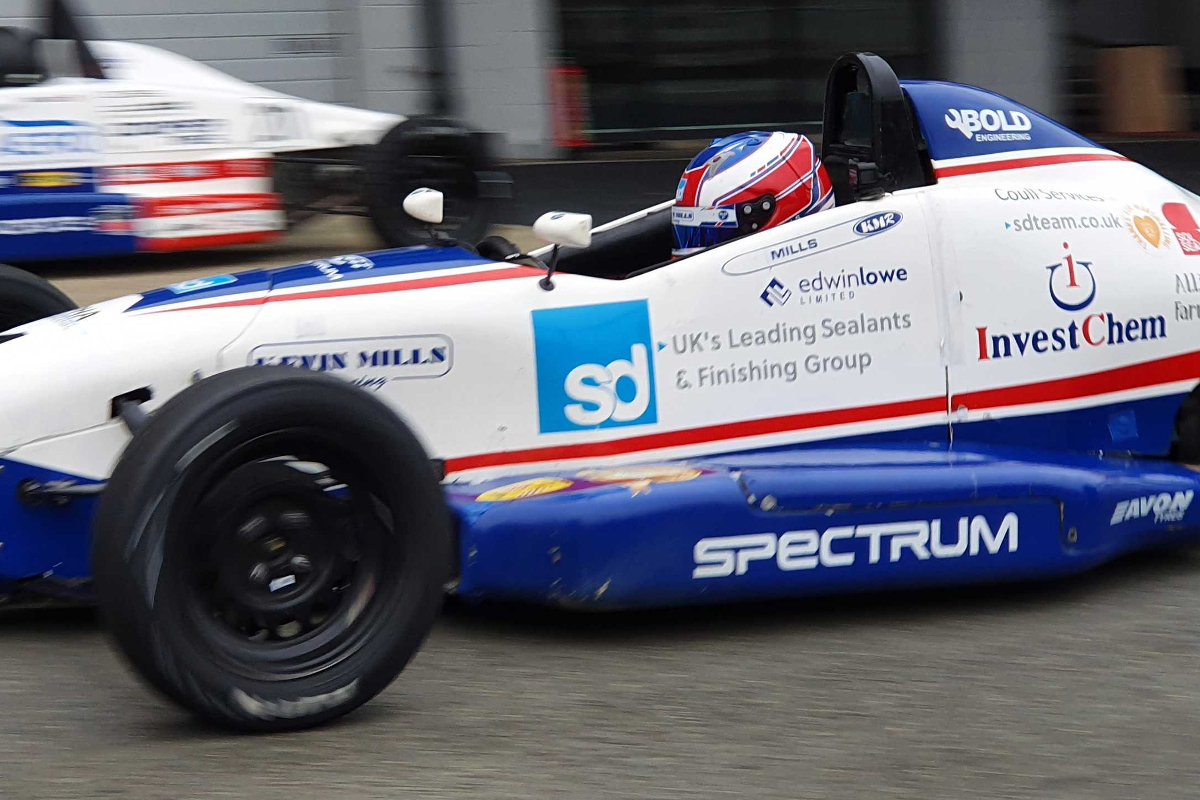 Kevin Mills Racing driver Tom Mills is hoping to follow the team into GB4 next year, but the single-seater rookie may spend a second season in Formula Ford 1600 instead.

The 16-year-old son of KMR team owner Kevin came fourth in the BRSCC National FF1600 championship in 2021. He missed the season opener as he was underage, but later became a race-winner and was a revalation at the FFord Festival.

He was fastest of the 98 drivers in qualifying, and sat in fourth in the final before he was wiped out. In the Walter Hayes Trophy he claimed heat pole but spun away a win, then got involved in a few incidents en course to 19th in the event.

“As it stands, with just my Dad’s team, it will just be Formula Ford again next year, go for the National championship,” Mills said to Formula Scout.

“My sponsors have been brilliant this year, they’ve really helped me do it properly. If you are not having enough sets of tyres and things like that, then you are not going to able to compete with the big boys. But higher up is obviously the goal [for 2022].”

Combining his National campaign, two Champions of Brands appearances and Castle Combe FF1600 cameo, as well as various tests, Mills has spent about 40 days in a Spectrum 011C FF1600 car this year.

He is yet to sample winged machinery, but KMR will soon own two Tatuus T-014 chassis as the first-generation Formula 4 car forms the basis of the new GB4 series in 2022.

“This year was just supposed to be go enjoy myself, just drive and try to do what I can. But then quite quickly as I realised I’d got a chance of fighting at the front of all these. Like after testing and stuff, I was so quick,” added Mills as he explained why GB4 has recently become an option for next season.

Mills may make another Champion of Brands appearance later this month, but is otherwise “fed up” of FF1600 this year after his two controversial clashes in the WHT and his Festival retirement, and instead plans to focus on his A-Levels over winter.

“My 2022 plans depend on budget. If KMR is in GB4, I will be there just to support. If we’re in GB4 next year without me, that’s still an achievement for us to make that step up. So I’d still be really happy that we’re in there.”

His National championship team-mate Alex Walker was similarly dejected about FF1600 after two contentious clashes lost him the title, and so he opted not to contest the Festival or WHT. Two weeks ago he was one of four finalists to contest the Porsche GB Junior shootout, which could land him £85,000 to put towards two seasons in Porsche Carrera Cup GB.