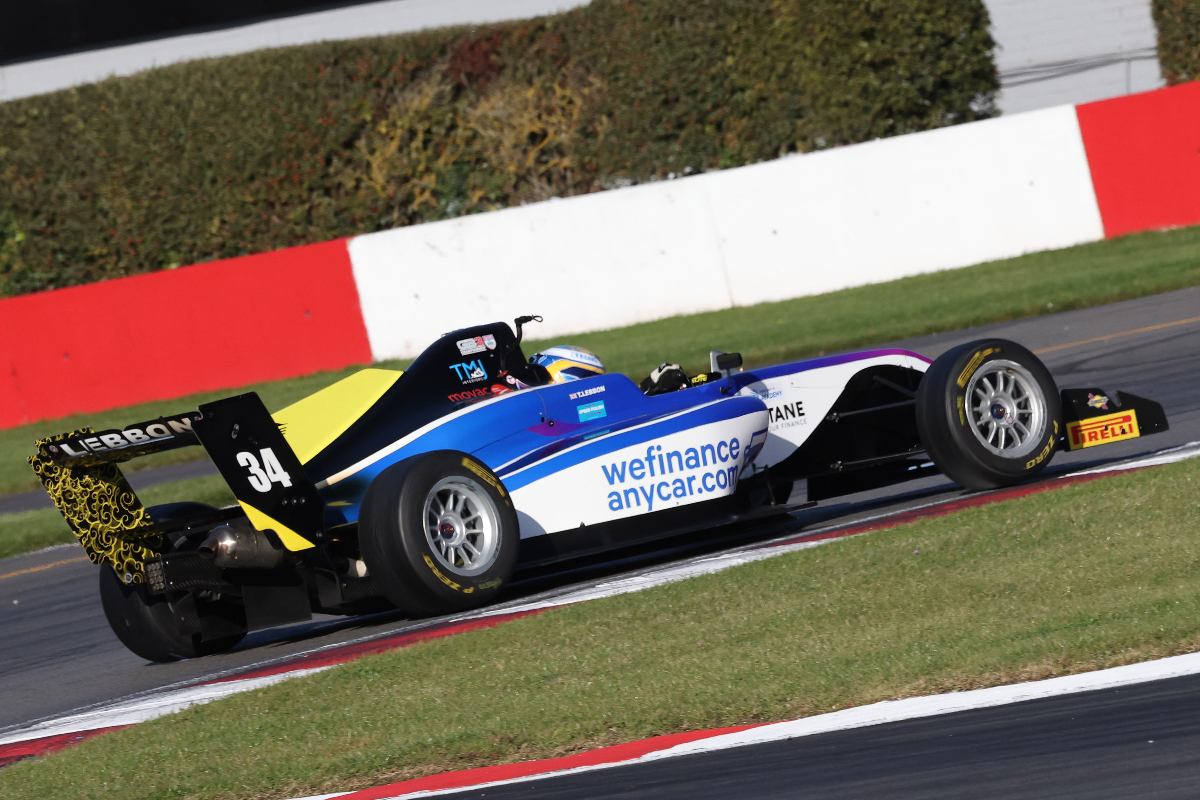 Elite Motorsport will keep Tom Lebbon in its driver line-up for its second GB3 season, marking the fourth year the two have worked together.

Lebbon first drove for Elite in the 2019 Ginetta Junior Winter Series, then contested the main series the next year and won the title. Together they moved into single-seaters in 2021, embarking on a full GB3 campaign.

There was one podium for Lebbon en route to ninth in the standings, and he’s now aiming for the title as he returns for a second crack at the series which introduces a new halo-shod car for the next season.

“My aim for next year is to challenge for the overall championship,” Lebbon said.

“It would be great to be a consistent contender for podiums and race wins as we showed good pace this year. I’m staying with Elite for 2022 as I’ve developed a strong bond with the team and believe they have the potential to go forward.

“The 2022 car looks great and I’m sure it will also be cool to race with the added downforce, power and halo. I came into GB3 this year from Ginettas and the championship was just as hard as I thought it would be but I learnt so much.

“I showed strong pace at many tracks throughout the season but the high point this year was claiming a podium at Donington. It has been a pleasure to race for Elite again this year and can’t wait for the 2022 season to start.”

Elite ran three cars through its first season in the series, and took a best result of second as it came fifth in the teams’ championship.

“I am very, very excited to be continuing through to the planned second half of a year two programme with Tom,” Elite’s team manager Eddie Ives said.

“Because of his phenomenal season in Ginettas [in 2020], it’s easy to forget that 2021 was only Tom’s second year out of karts and his first year in single-seaters. Moving up from Ginetta Junior into a GB3 was a big step, as it was for us, but we all learnt a lot.

“I’m really looking forward to getting our hands on the new 2022 car and turning it into a front-running package.”