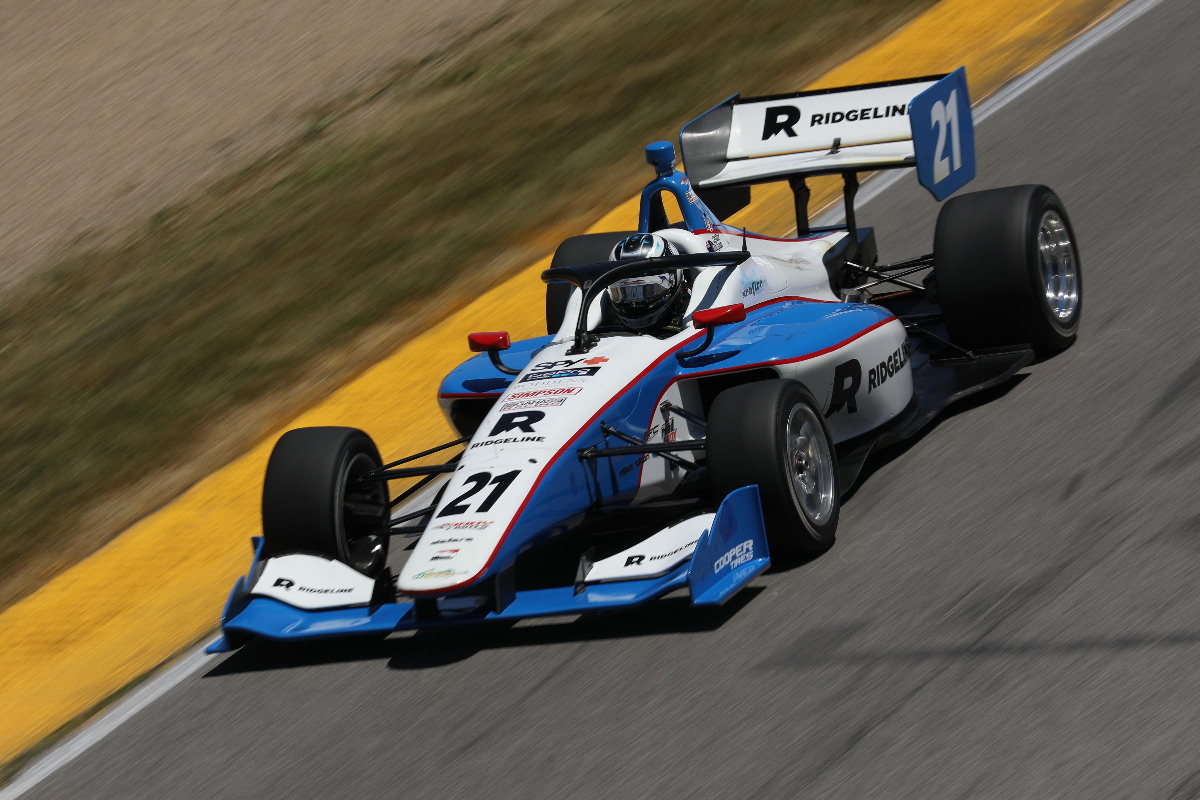 TJ Speed will not race in Indy Lights this weekend on the streets of Nashville, after losing both of the drivers it started the season with.

The team debuted in the championship this year with two cars, fielding rookies James Roe Jr and Kyffin Simpson. Despite two top-five finishes, Simpson left the team for HMD Motorsports ahead of last month’s first oval race at Iowa Speedway.

Roe’s best result was seventh, also achieved twice, and he has also left TJ Speed for HMD provisionally just for the Nashville race.

Although that means TJ Speed is now without any drivers, team principal and founder Tim Neff will still be in the Indy Lights paddock and will spend the rest of the season engineering Abel Motorsports’ driver Jacob Abel, having provided engineering support to the team last time out at Iowa once his squad had shrunk from two cars to one.

Neff plans for his team to remain on the Road to Indy, telling Formula Scout “I have looked into the USF Juniors and also next Tuesday have a meeting with someone that has two Indy Pro 2000 cars”.

Next year USF Juniors replaces its current Formula 4 car with a new Tatuus chassis based on the current USF2000 and IP2000 one, and would therefore enable the team to operate in multiple series with chassis and engine adjustments.

TJ Speed is also currently leading the way in Formula Regional Americas, and Neff confirmed it will see out the season there and “can see us running again in that championship in 2023 as we already have quite a few people talking to us”.