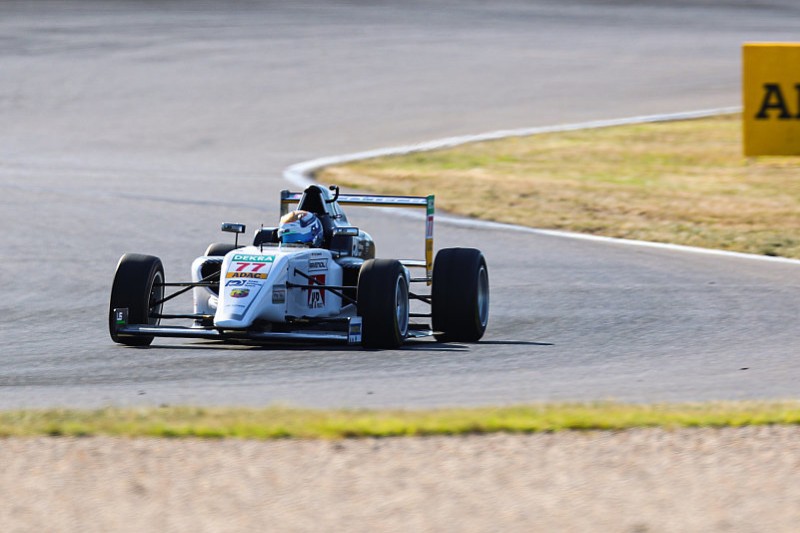 US Racing’s Tim Tramnitz upped the pace on the second day of ADAC Formula 4’s in-season Hockenheim test, while day one rival Joshua Duerksen dropped back.

The German rookie was fastest in both of the morning sessions, with his best lap being set very early in the day. His team-mates Vladislav Lomko and Elias Seppanen were his closest rivals in that session, and ended up with the second and third best laps of the test.

There was little in improvements after that session until the end of the day, although Prema’s Dino Beganovic made a small gain in the second of the morning sessions.

Red Bull junior Jonny Edgar was quickest in the final session of the day, and while it was a new personal best for him, it did not change his fourth place in the combined classification.

Prema’s Gabriel Bortoleto and Beganovic got close to Edgar, and their improvements brought them up to fifth and sixth, ahead of their team-mate Gabriele Mini. The Italian was at his best earlier in the day, as was his Italian F4 title rival Francesco Pizzi, who is team-mate to Edgar at Van Amersfoort Racing.

Mucke Motorsport’s Duerksen, who was fastest in Tuesday’s running, ended up in ninth place and over half a second off Tramnitz’s pace.