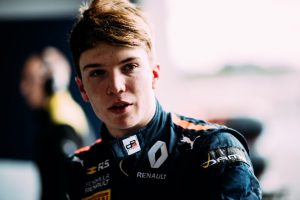 Two-time Macau Grand Prix winner Dan Ticktum is set to make his Formula 2 debut with Arden in the season closing round Abu Dhabi round.

Red Bull junior Ticktum appears alongside Nirei Fukuzumi at ‘BWT Arden’ on the entry list for the two races at the Yas Marina Circuit this weekend, replacing race-winner Maximilian Gunther, who will be switching to Formula E with Dragon Racing next month.

At Macau last weekend, Ticktum confirmed that he will most likely be racing in Super Formula next season, although is still looking for a drive in Formula 2. His ambitions to compete in the latter category look to be stymied by budget considerations, with his personal sponsors and Red Bull unwilling to spend on a seat that could cost as much as??2,000,000.

Ticktum has already driven the Dallara F2 2018 car, having replaced the ill Nicholas Latifi at DAMS in pre-season testing. If Ticktum does indeed drive in Abu Dhabi, he will be reuniting with the Arden team that ran him to seventh in the Formula Renault Eurocup standings last year.

The team has a close association with Red Bull too, having ran many of the Formula 1 team’s juniors and been founded by Red Bull Racing team principal Christian Horner and his father Garry.

Despite lacking the necessary FIA Super Licence points to race in F1 next year, Ticktum has been heavily linked with the vacant Toro Rosso seat, and a potential Toyota Racing Series programme in January of next year may give him the points required. It is more likely he will be racing in Super Formula with Team Mugen though, and entering races in F2 if his budget covered it.

Alexander Albon, the man tipped to take the second Toro Rosso seat alongside the returning Daniil Kvyat, will be fighting George Russell for the F2 title this weekend. He has also been named on the entry list for the 2018-19 FE season, where he has signed a deal to join Sebastien Buemi at Nissan e.dams, run by the DAMS outfit he races for in F2.