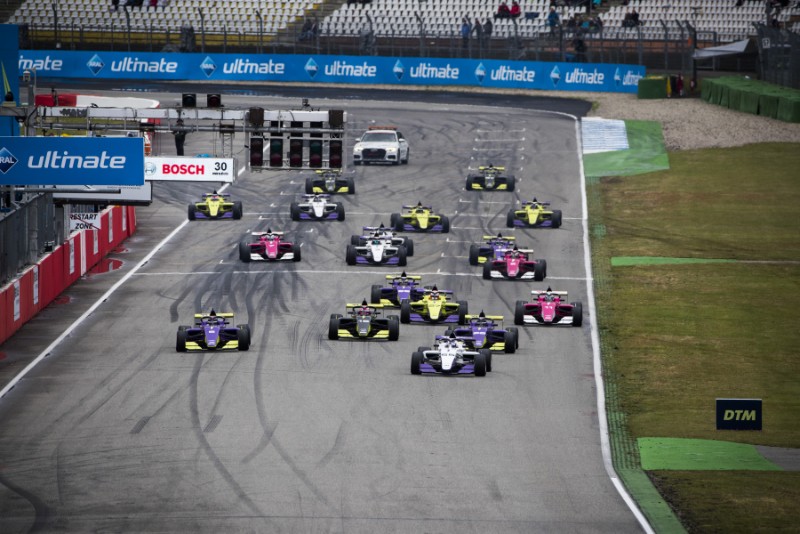 Irrespective of the debate and intrigue surrounding the inaugural W Series round, there was a motor race to be had. Once the lights went out at a gloomy Hockenheim on May 4, much of the motorsport world paid attention to the 18 vibrantly coloured cars and their drivers.

While a new series, the maiden race was not the first women-only in motorsport’s long history by any stretch. Its slot on one of the biggest channels on UK terrestrial television meant it opened to an audience which may not usually watch single-seaters, a fact that drivers admitted put them under pressure.

The Whisper Films-produced TV show had the feel those familiar with C4’s coverage of Formula 1 will be comfortable with. David Coulthard and Lee McKenzie – both C4F1 regulars – fronted the programme while Sky Sports’ Ted Kravitz was also on hand in the pitlane. On commentary duty with Coulthard was Claire Cottingham, more frequently seen broadcasting from the TOCA paddock.

Women commentating on international motorsport is infrequent, and so having Cottingham as the lead voice is certainly fresh alongside the accustomed tone of Coulthard’s. Like all commentary pairings, their chemistry will require time to develop.

The show itself had teething troubles – not least the sound issues throughout the build-up. The graphics perhaps also stood out a little too much. While the bright, bold colours work on the new-for-2019 Tatuus T-318 Formula 3 car, they make reading the graphics challenging, and as such are unnecessary.

Another weakness was the TV direction, especially while the cars were on track. Most of the overtakes were completely missed – instead focusing almost entirely on the battle up front between Jamie Chadwick and Alice Powell. 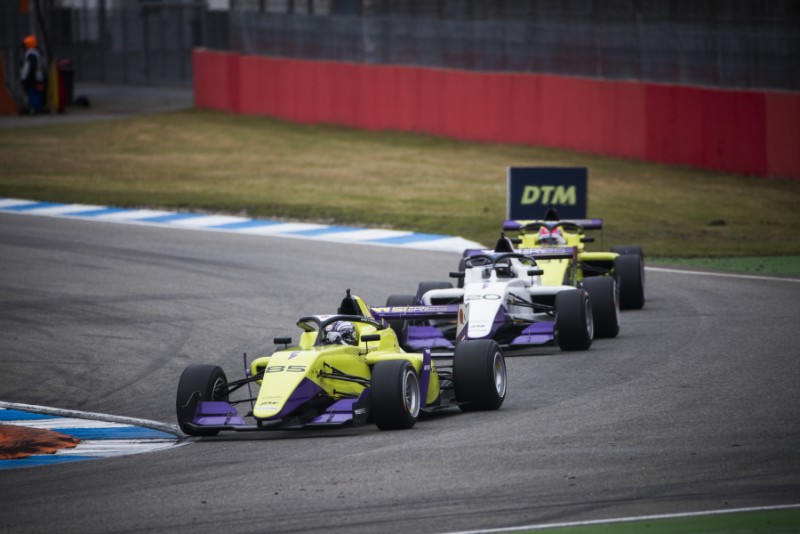 Many of the race’s storylines went uncovered – such as Miki Koyama’s superb comeback drive to seventh from the lower end of the grid, the fight for the final podium spot, and the scraps between half of the field for the minor points positions.

While moves were missed, first impressions suggested overtaking in the Tatuus T-318 was incredibly difficult. In the opening Formula Renault European Championship race – hosted on the same day at Vallelunga – the cars failed to provide excitement with a more closely matched field.

W Series didn’t need DRS for its overtakes, but it was assisted by a grid of hugely differing standards and a damp track.

One unique feature of W Series is it having all cars operated by one team. Hitech GP rotates the cars and engineers for each driver so they have something new every race, although the partnership has already brought negative headlines after one ousted member of the engineering team shared their experience.

Relationships with engineers must be built up quickly by drivers, before being broken straight after the race. It may seem counterintuitive – given some drivers rely on the chemistry between their main man or woman heavily – but it arguably teaches the drivers more in being adaptable to situations.

To have such close racing between a field of such varying ages and motorsport backgrounds in a junior single-seater race was fascinating to watch. It has become clear even at this early stage that multiple Formula Renault champion Powell and former Renault junior Marta Garcia – both podium finishers behind the commanding Chadwick – had their single-seater careers halted despite having obvious talent.

MRF Challenge champion Chadwick produced a real statement of intent with her performance. Her lock-up into the Turn 6 hairpin on the opening lap was the only major mistake of a weekend that included a truly dominant qualifying performance.

There is an argument that the Aston Martin junior driver is too good (or simply prepared) for W Series with its current level of opposition, where some drivers have zero single-seater or racing experience from the last few years.

Chadwick’s single-seater experience to date includes two seasons of BRDC British F3 – where she won one reversed-grid race – and the MRF Challenge. Prior to that she became the youngest ever British GT4 champion.

If Chadwick is the runaway winner of the inaugural championship then her path up the motorsport ladder following W Series and its ‘modest’ victory prize of $500,000 will determine a significant part of what future success will look like for the championship itself.

It won’t mean a move to Formula 2, it may not even mean graduating to the FIA F3 Championship with hefty additional funding. With a Aston Martin contract already under her belt, a full-time return to GTs or the DTM (which W Series supports on race weekends) is a more likely target.

But enough mansplaining, speculation and hypothesising – the debate surrounding whether this approach is the correct one to quash the barriers surrounding women in motorsport will continue to rage on. There is no immediate scale to determine whether the series will attain its goals of encouraging waves of women into motorsport and boasting a driver directly making it to F1. The series is still in its infancy, after all. Beyond the politics and discussion, there is an interesting series shaping up between 18 talented drivers of varying backgrounds and ages.