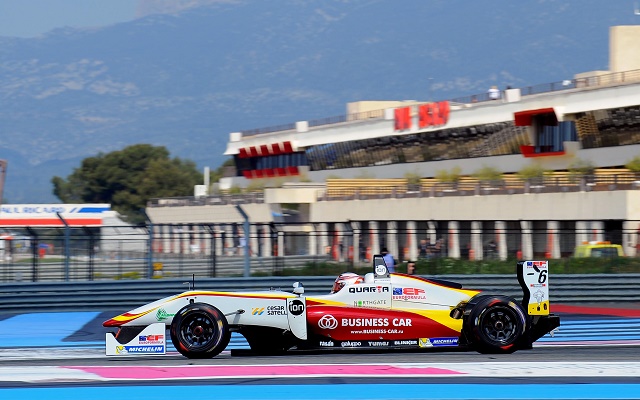 Tereshchenko narrowly beat Vitor Baptista, who had replaced him as the championship leader after winning yesterday’s race.

Baptista led the session at the halfway point, but was briefly demoted to as far down as seventh. But he was soon back out front, becoming the first driver this weekend to go below two minutes.

Tereshchenko, however, managed to match the runaway leader and one-upped him by a tenth with four minutes to go. Neither would improve over the remaining laps, allowing the Russian to claim pole.

Baptista’s RP teammate Damiano Fioravanti was half a second down on the leader in third, with West-Tec’s Tanart Sathienthirakul joining him on row two.

The top ten was completed by Yarin Stern and Andres Saravia.