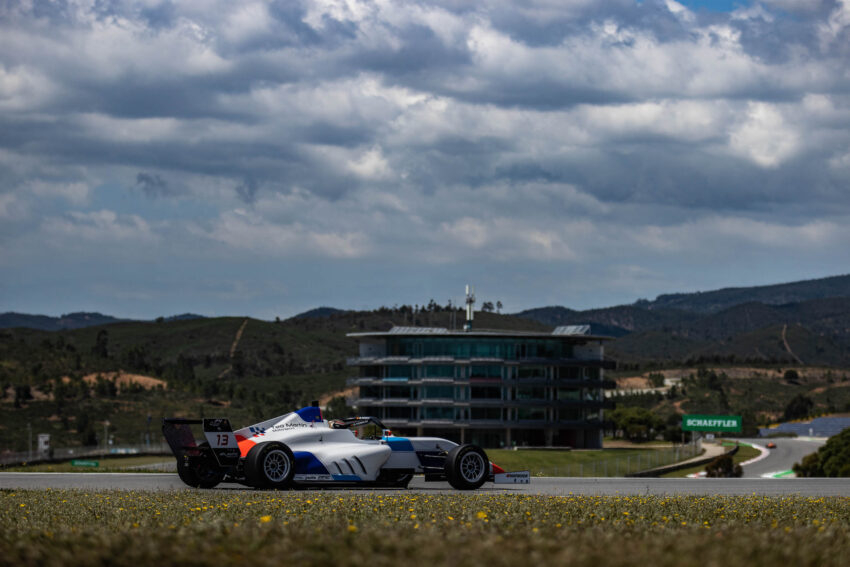 Teo Martin Motorsport has lost two of its Spanish Formula 4 drivers ahead of this weekend’s races at Motorland Aragon, as Daniel Nogales switches teams and Lola Lovinfosse leaves the series.

Spanish rookie Nogales is currently 18th in the championship standings with one points finish to his name, a 10th place from the opening round at Algarve, and will be moving to Drivex School for the remaining three rounds of the season.

Last year the 19-year-old raced in Clio Cup Europe, and before that spent several years in senior level karts.

“Happy to finally be able to compete in the Motorland with Drivex,” Nogales said. “I hope to get good results for myself and my team.”

Drivex’s team principal Miguel Angel de Castro commented: “We are pleased to work with Daniel Nogales, a talented driver with a great future, with who we hope we can do great things and achieve good results together.”

Lovinfosse’s departure from Teo Martin is due to a lack of budget, and the 16-year-old series sophomore departs after just over a season-and-a-half with a best finish of 13th place.

“For financials reasons, we are forced to put my 2022 season in Spanish F4 to a stop,” she announced via Instagram.

“It is personally extremely hard for me to accept it and very disappointing that I wasn’t able to show my potential this year so far, but unfortunately, this is my reality and I need to deal with it. Of course if the situation changes and if I get the possibility to join again the championship, I will. We are going to use this time to prepare what will come next.

“We will continue working hard budget-wise and driving-wise. I will come back stronger. Wishing all the best to Teo Martin Motorsport.”

Although the official entry list for the Motorland Aragon round is yet to be issued, Teo Martin is provisionally left with no drivers in its line-up. The team ran a third car for the first three rounds, before slimming down to just Lovinfosse and Nogales last time out at Spa-Francorchamps.