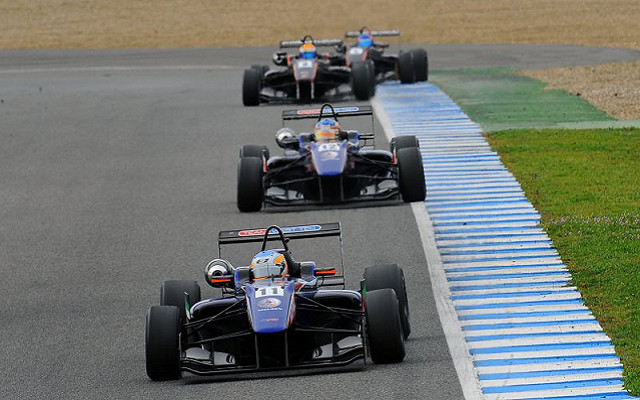 Alongside the previously announced pairing of Chris Vlok and Roberto La Rocca, the team will also provide F312s for Ed Jones and Hu An Zhu, running all the cars in the National class. Simultaneously, the team is also set to run three F308s, occupied by Sean Walkinshaw, Liam Venter and an unnanounced third driver, who, Autosport says, is most likely to be Cameron Twynham.

UAE’s Jones, 18, has raced in cars since 2011, getting up to fourth in Intersteps in his rookie year. His 2012?Eurocup Formula Renault 2.0 campaign yielded no points, but he managed to score an F3 Open podium with Team West-Tec in his one-off appearance in the final round. This year, Jones will partake in a full-time F3 Open effort with the team, having also joined Fortec for campaigns in the Eurocup and Formula Renault NEC.

Team West-Tec will be making their return to British F3 after having missed 2012. In the two prior years, they’ve run National class vehicles in select races for Luiz Razia, Luca Orlandi and Juan Carlos Sistos.