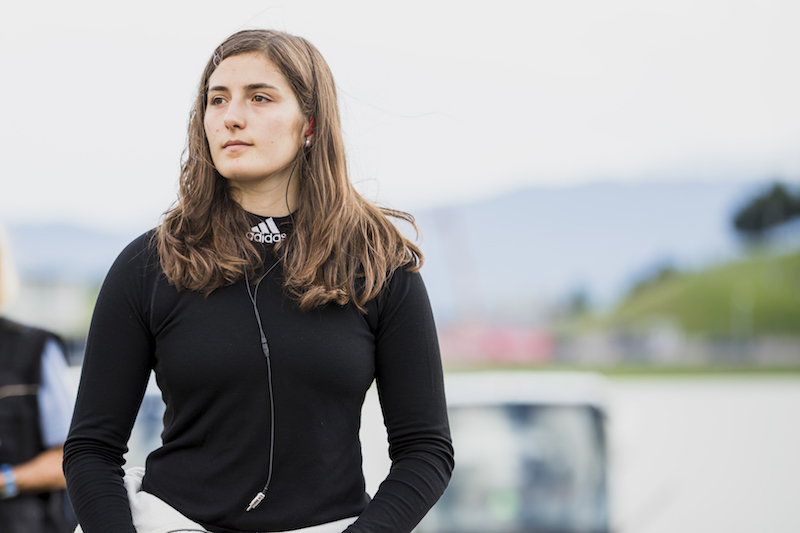 Tatiana Calderon will make her World Series Formula V8 3.5 debut this weekend for RP Motorsport in the Bahrain season finale.

Calderon, who is affiliated to the Sauber Formula 1 team as a development driver, has been racing in GP3 for the last two seasons.

She currently sits 17th in the 2017 standings, and will fly straight to Abu Dhabi from Bahrain to complete her GP3 campaign with DAMS.

Her last experience in the FV8 3.5 car came in a test session 2015, the same year she last raced at the Bahrain circuit, where she picked up two podiums in the MRF Challenge.

“It’s a great car to drive and Bahrain is one of my favourite tracks.

“It will be my first race with a pitstop, which will be interesting, and the Michelin tyre is also quite a bit different to the Pirelli rubber I am used to in GP3.

“There will be a lot of things to learn but it will be a useful experience and I’m looking forward to the challenge.”

Calderon has raced for RP Motorsport before, in three rounds of last year’s Euroformula Open season.

She will drive alongside Roy Nissany and Yu Kanumaru at the team in Bahrain, with the former still with an outside chance of winning the FV8 3.5 title.

The seat Calderon takes was previously occupied by Damiano Fioravanti, who had been promoted to the FV8 3.5 after two years as one of the team’s Euroformula Open drivers.

In his 10 races with the team prior to his departure after the Nurburgring he managed a best finish of sixth place.

Juan Manuel Correa to do Toyota Racing Series with M2