Tan takes his fifth win in a row in Protyre FR 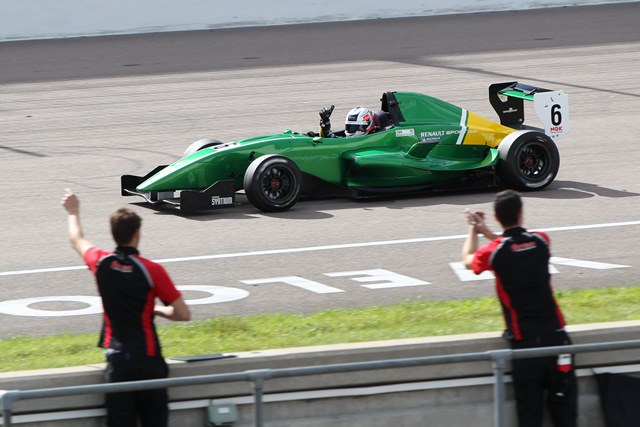 Weiron Tan continues to be unbeatable in the second half of the championship as he won the second Protyre FR race at Rockingham.

Starting from first place, Tan once again kept his lead and showed a pace nobody could follow. After retiring in the first race, this time Sam MacLeod was able to finish second despite racing under huge pressure by series leader Chris Middlehurst, who collected another podium position.

Chinese driver Hong Wei Cao finished fourth after a great recovery from ninth. His teammate?Wei Fung Thong, on the other hand, had to settle with fifth despite his third place on the grid.

Although Weiron Tan is showing a commanding performance race by race, Middlehurst still leads the championship by 83 points, which means in case he wins the third race, he will be surely crowned as the eighteenth champion of the series.