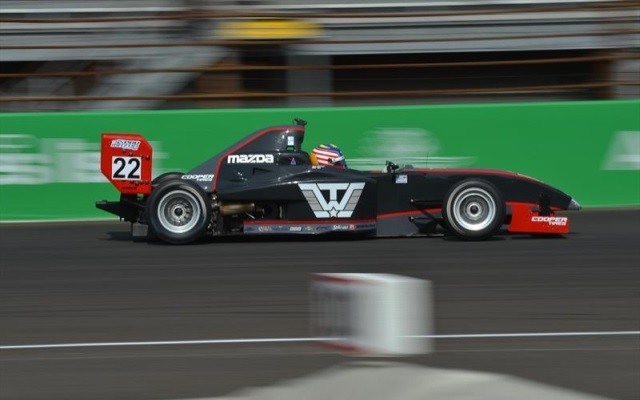 Weiron Tan?will embark on his maiden oval race from the head of the field having?collected his fifth pole in Pro Mazda at Lucas Oil Speedway.

The Malaysian was the last driver to record a time in a qualifying which saw the drivers completing?two laps each, and stripped teammate Dalton Kellett of the lead to lock out the first two positions for Andretti Autosport.

USF2000 graduates Florian Latorre and Will Owen were third and fourth respectively, while the Frenchman’s teammates Neil Alberico and Daniel Burkett completed the top six.