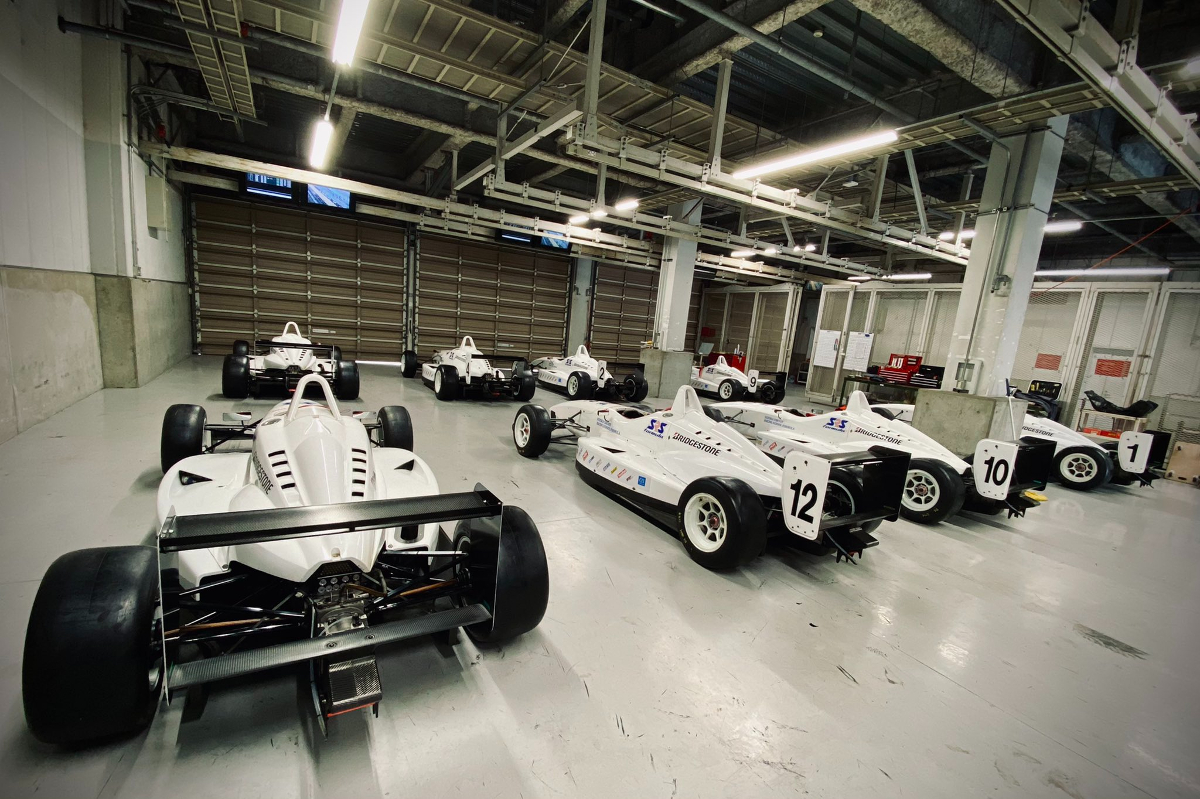 The circuit school has two-time Indianapolis 500 winner Takuma Sato as its principal and his fellow ex-Formula 1 racer Shinji Nakano as its vice-principal, and a list of instructors including reigning SF champion Tomoko Nojiri and rival Hiroki Otsu.

The latter two, who were also Team Mugen stablemates in SF this year, got put in the Formula 4-level SRS-F cars on the final day of the scholarship shootout earlier this week to help determine which of the students would graduate.

There were free practice and qualifying sessions in the cars before two 10-lap races took place between six students and the two SF stars. Perhaps unsurprisingly, Otsu won both races and it was Nomura who came second in race one and Arao who was second in race two.

Sato chose Arao as the top student, with Nomura’s race performance also earning him scholar status. He is expecting both to take their single-seater careers outside of Japan in the coming years like fellow SRS graduates and Honda juniors Yuki Tsunoda – whose career is being turned into a documentary which will be shown on Japanese television this winter – and Ayumu Iwasa.

Nomura and Arao have been frontrunners in the Japanese Karting Championship this year, with Arao finishing as title runner-up as an official Tony Kart Japan driver. Both had gained single-seater mileage in SRS-F prior to the scholarship shootout.

The 2022 Super Formula Lights calendar has been announced, with a move away from the SF support bill for the season finale and with decisions yet to be made on which rounds will be triple-headers and which will only have two races.

Fuji Speedway and Suzuka are at the start of the season in April, then there is a break of a month before visiting Autopolis for round three. Sportsland SUGO holds round four another month after that, then after the summer break is a trip to Twin Ring Motegi and a Okayama Challenge Cup Race support slot in September to finish off the season.