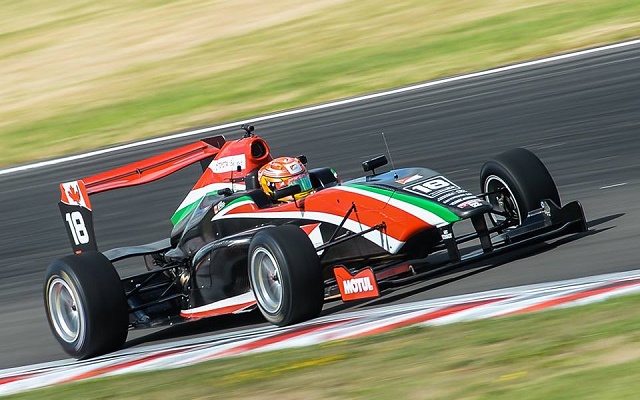 Stroll held pole after finishing sixth in the opening race, but was passed at the start by American racer Santino Ferrucci, who went on to collect his first victory in the series .

The race had barely started when local James Munro and Indian title contender Arjun Maini hit trouble, bringing out the red flag. The Kiwi retired on the spot, while Maini could only return to the race two laps down.

After the restart, Ferrucci held on to the lead and enjoyed a calm drive to the checkered flag ahead of teammate Sam MacLeod, who had also jumped ahead of Stroll over the opening lap.

As third would be enough to see him crowned champion, Ferrari junior Stroll stayed put, withstanding pressure from recent Red Bull recruit Callum Ilott. The Briton is still chasing his first podium in cars, but has now finished fourth on three occasions.

Stefan Riener was a solid fifth, while part-time driver Sergio Sette Camara continued his impressive form with a sixth.

Despite running fifth for the bigger part of the race, Brandon Maisano lost four places when running wide at the hairpin and ended up finishing ninth. The top ten was completed by highest-placed Kiwi driver Jamie Conroy.

Stroll’s lead in the championship is now 96 points with a maximum of 75 left up for grabs. However, the fight for the runner-up spot is still alive and kicking, with Maisano, Maini and Ferrucci as only separated by 19 points.