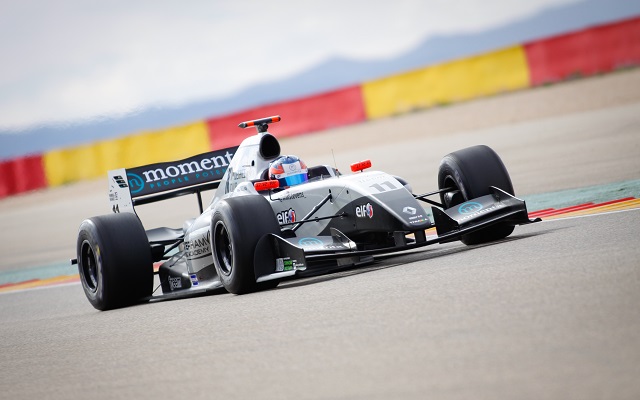 Strakka Racing’s Will Stevens topped the first practice session ahead of Formula Renault 3.5’s second round at Motorland Aragon.

Stevens was the only driver to dip below 1:42s in the course of the 50-minute event.

Red Bull Junior Team duo Carlos Sainz and Pierre Gasly led most of the session up to the closing minutes, with Fortec’s Oliver Rowland taking over at the top with five to go.

However, he would not remain in the lead for long, as fellow Brit Will Buller slotted into the lead after three more minutes. Finally, it was yet another Briton Stevens who took charge, posting his benchmark with less than 20 seconds on the clock.

Gasly slotted into second under the flag, while Stevens managed to one-up his time, shaving off half a tenth and going beyond 1:42s.

Gasly’s Arden teammate Buller was close behind the Frenchman in third, ahead of Rowland and Sainz.