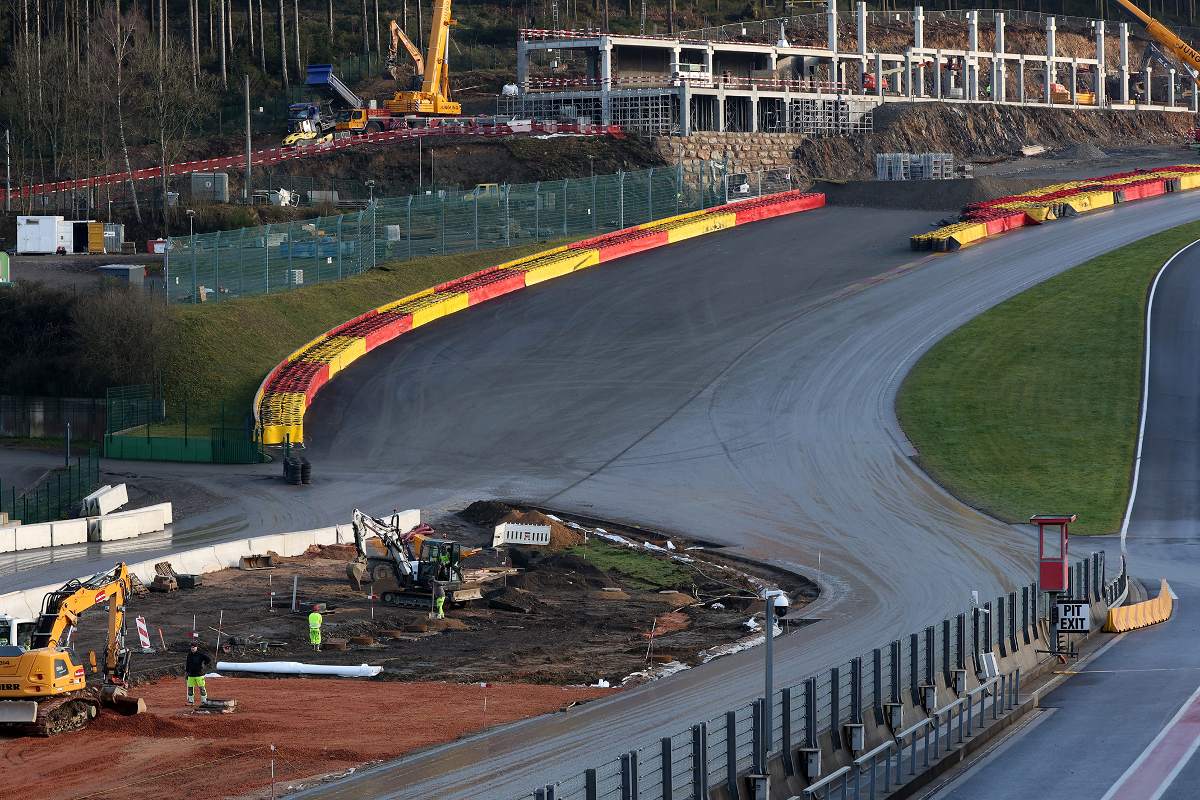 Belgium’s Spa-Francorchamps circuit, which hosts races for every level of single-seaters, has revealed the changes it has made during the winter break to the Eau Rouge corner.

The famous Eau Rouge-Radillion section – a high-speed uphill left-hander that then goes right over a crest and kinks left again – is one of the most well-known and popular corners in motorsport.

However in recent years there have been several major crashes that have led to cars either hurtling into the barriers to the left of the crest or bouncing off them and into a nearly blind spot on the track just over the crest.

Formula 2 racer Anthoine Hubert tragically lost his life in such an incident in 2019, while Williams Racing reserve driver Jack Aitken broke his back in a sportscar crash at the top of the hill last year.

“The top of Raidillon (Turn 4) will see its Tarmac run-off enlarged on the right side of the track,” read a circuit statement, which was issued with images of the construction taking place at the areas of the track being revised.

“The left part of the Raidillon (Turn 3) will make way for a larger Tarmac run-off. As for the foot of the Raidillon, Eau Rouge (Turn 2), the rails will be moved to allow for enlargement of the run-off. A covered grandstand will then be erected at the top of Raidillon for the end of April, comprising 4,600 places and VIP boxes.”

Work began on the track in mid-November last year, with the surrounding area also being developed through October after flood damage in summer. The upgrades being made to the venue are to increase safety, improve the spectator experience and to be able to licence more motorcycling events.

Before Raidillon, the La Source corner that starts the lap has had its run-off enlarged “to strengthen track safety and a gravel trap will be placed there”, and at the end of the Kemmel Straight the run-off will also extend at Les Combes with “the rails moved and the Tarmac replaced by a gravel trap”. The work being done there means new services roads will be created.

More gravel is being added to the outside of the Bruxelles hairpin after that, and towards the end of the lap the high-speed left-hander Blanchimont is having its run-off improved. It will get larger to accomodate a gravel trap, meaning the guardrails will be moved back, and the asphalt run-off before the corner will also be replaced by gravel.

Did year one of DTM’s GT3 era work for young drivers?