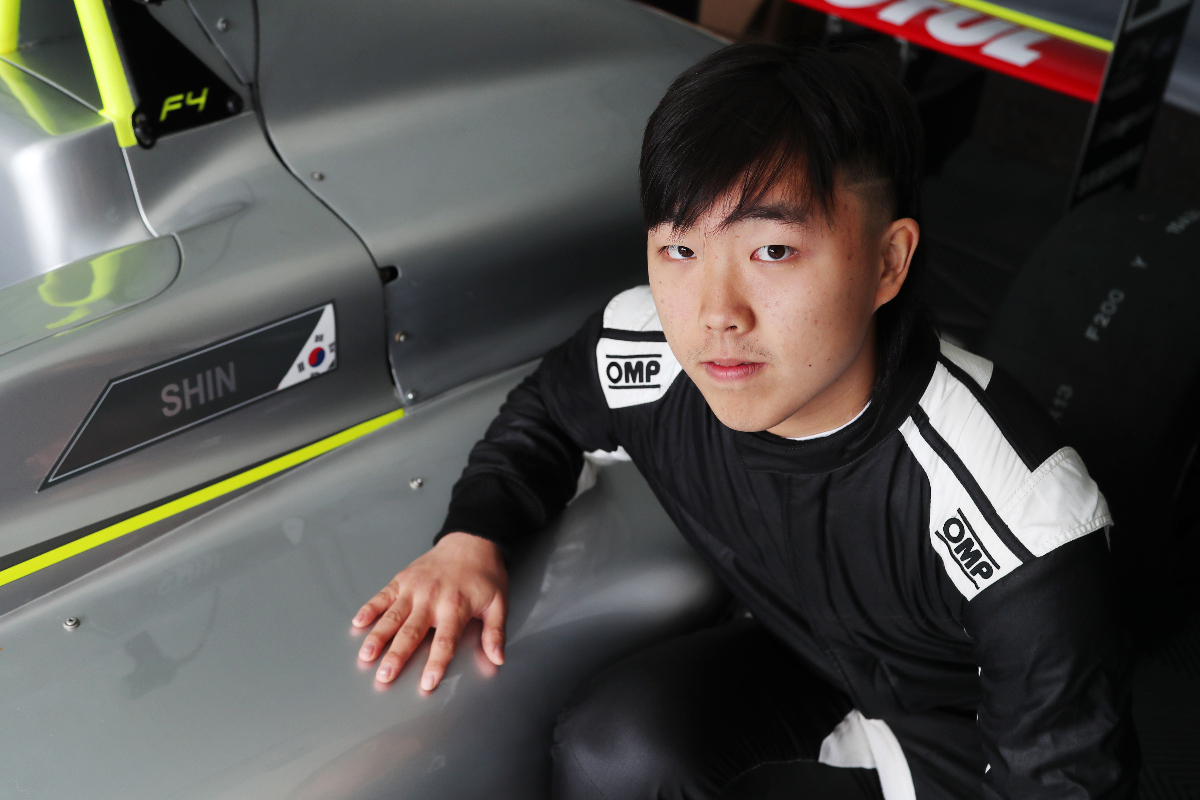 Shin is a protege of Callan O’Keeffe and has test experience in a Formula Renault 2.0 car as well as in first-generation F4 machinery with JHR at Pembrey, Silverstone and Brands Hatch. He is anticipated to race in British F4 next year too.

Shin’s debut comes in the UAE as it’s where the second-generation Tatuus T-421 car will make its competition debut and where European teams are flocking to get experience with the chassis before it appears in Britain, Germany, Italy and Spain.

“I did one year of karting in Korea, and while I was driving there, I realised that it was not a good enough of an environment for me to progress. I looked for a place that I could go, and I found Britain,” revealed Shin of his plans to race abroad.

“When I was in Korea there was another karting dad and he introduced me to a racing manager. I looked up the British F4 teams, how they were doing, and then I asked my manager if he could contact JHR. We went to the factory, had a tour, and I had a go on the simulator, which was really good.

“I’ve done a lot of testing days in karts, but I felt that during the first day I did with Callan I learned much more than a whole year of karting. I think it’s so easy, because he’s a driver and it’s so easy to communicate, and he understands whatever I say, however, I say it.

“I’m really excited to get racing, because F4 UAE is going to be a completely different environment. But I think I’m most excited about the second generation of F4 cars, because they look so cool.”

The F4 UAE season takes place over five rounds through January and February. Three are at Dubai Autodrome (with two on the Grand Prix layout) and two are at Abu Dhabi Grand Prix venue Yas Marina Circuit.

While there is supposed to be a non-championship event at the grand prix in less than two weeks’ time, supply chain issues with the new F4 car have put the December race under threat.