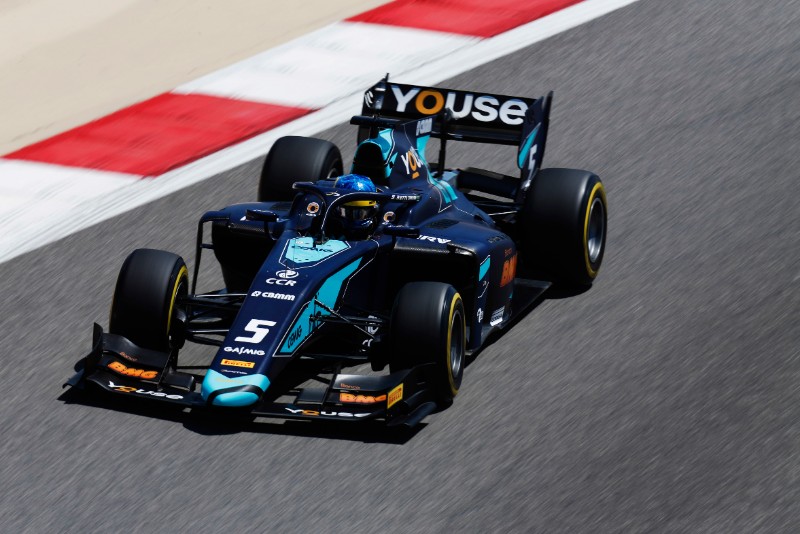 Sergio Sette Camara topped the opening practice session of the 2019 Formula 2 season in Bahrain, with his DAMS team-mate Nicholas Latifi completing a one-two for the team.

McLaren junior Sette Camara helped Carlin to the teams’ title last year, before switching to DAMS for his third season in F2 this year. He set his leading 1m43.618s lap midway through the session.

Sean Gelael was quicker than his new Prema team-mate Mick Schumacher by 0.022s, to set the 11th fastest time.

As in pre-season testing, Tatiana Calderon (Arden) and Mahaveer Raghunathan (MP Motorsport) propped up the timesheet, with the latter spinning at the final corner at the end of the session.