Second win for Parry at Nurburgring 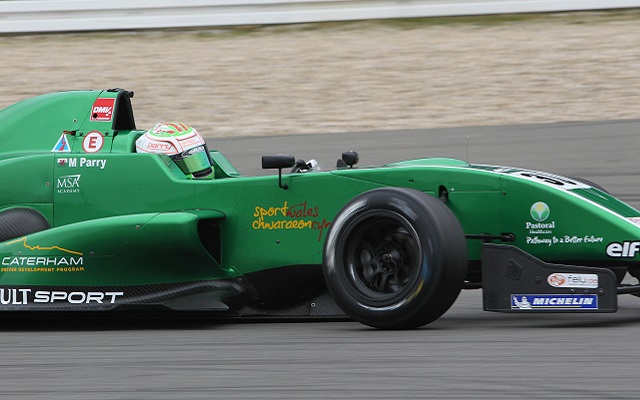 Caterham junior Matt Parry continued to shine during round two of Formula Renault NEC at Nurburgring, taking his second win of the weekend in race two after starting from pole.

The Welsh driver led a perfect race from lights to flag to finish a second ahead of Swede Gustav Malja, who put in a nice drive after his retirement earlier in race one. Mikko Pakari rounded out the podium, while Andrea Pizzitola got ahead of Aurelien Panis in the closing stages of the race for fourth.

Ed Jones finished a rather lonely race in sixth, having to hold off Esteban Ocon in the closing stages. Victor Sendin and Jack Aitken followed, with Oscar Tunjo finishing in tenth.

After the double win salvo at Nurburgring, Parry leads the championship ahead of Ocon and Pakari, the latter two not scheduled to contest a full campaign. As such, Parry’s closest rival is Pizzitola, who sits in fourth, 45 points down on the championship leader.

Parry storms away to race one victory