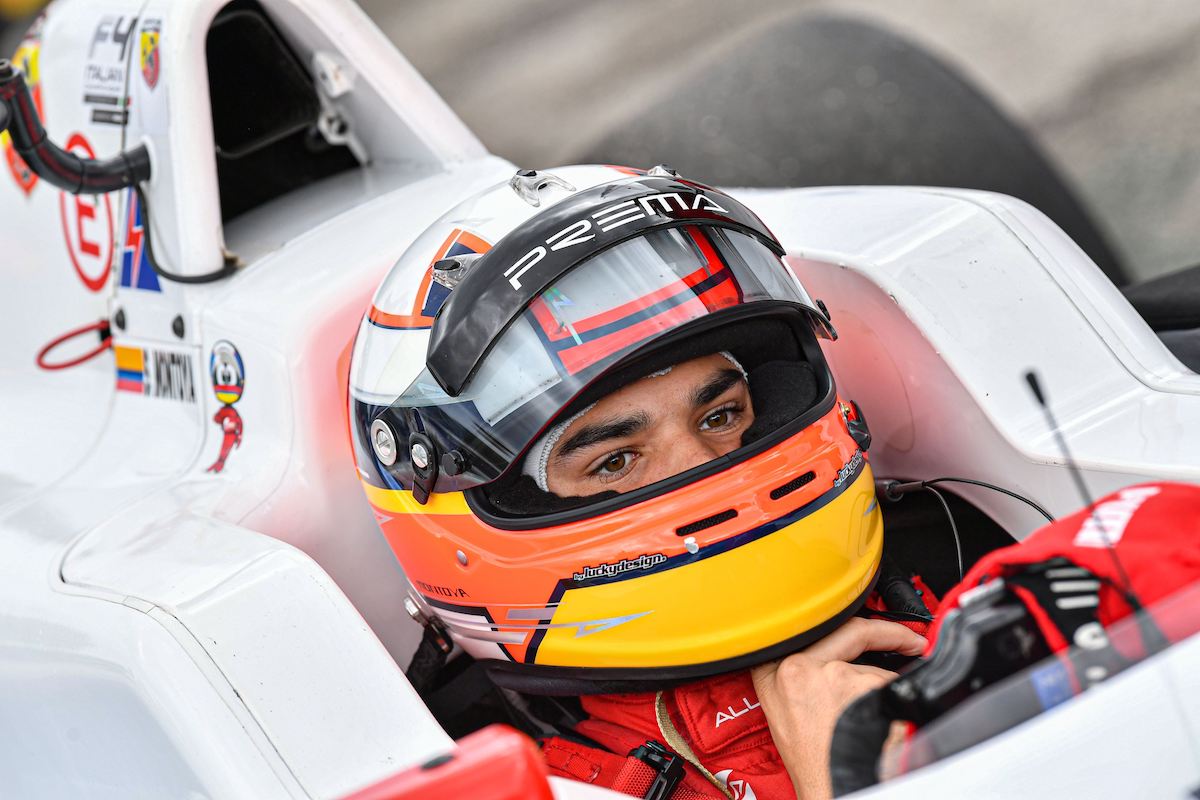 The 15-year-old Colombian-American, who had Ferrari backing during a period of his karting career, came 11th in his first full F4 campaign last year and had a best finish of fifth with a fastest lap to his name.

He also entered two ADAC F4 rounds with Prema, and his 2021 programme will feature most of the Italian championship rounds and an increased presence in Germany’s ADAC F4 championship.

“I’m super happy to be with Prema once again in Formula 4,” said Montoya.

“Last year, the team helped me massively to learn and improve throughout the season, and I am excited to see what we can accomplish together after one year under my belt!”

“We are very pleased to work with Sebastian again for 2021,” Prema’s team principal Angelo Rosin added.

“Last year, he didn’t have the easiest rookie season, but he showed great potential and we cannot wait to see him progress even further in the season ahead.

“We are making good progress with our preparations and we look forward to hitting the track soon with our full line-up.”

Italian F4 testing has already got underway for teams, with three private group tests having already taken place. The next test is at France’s Paul Ricard circuit on March 2/3 and is also open to Formula Regional European Championship teams.