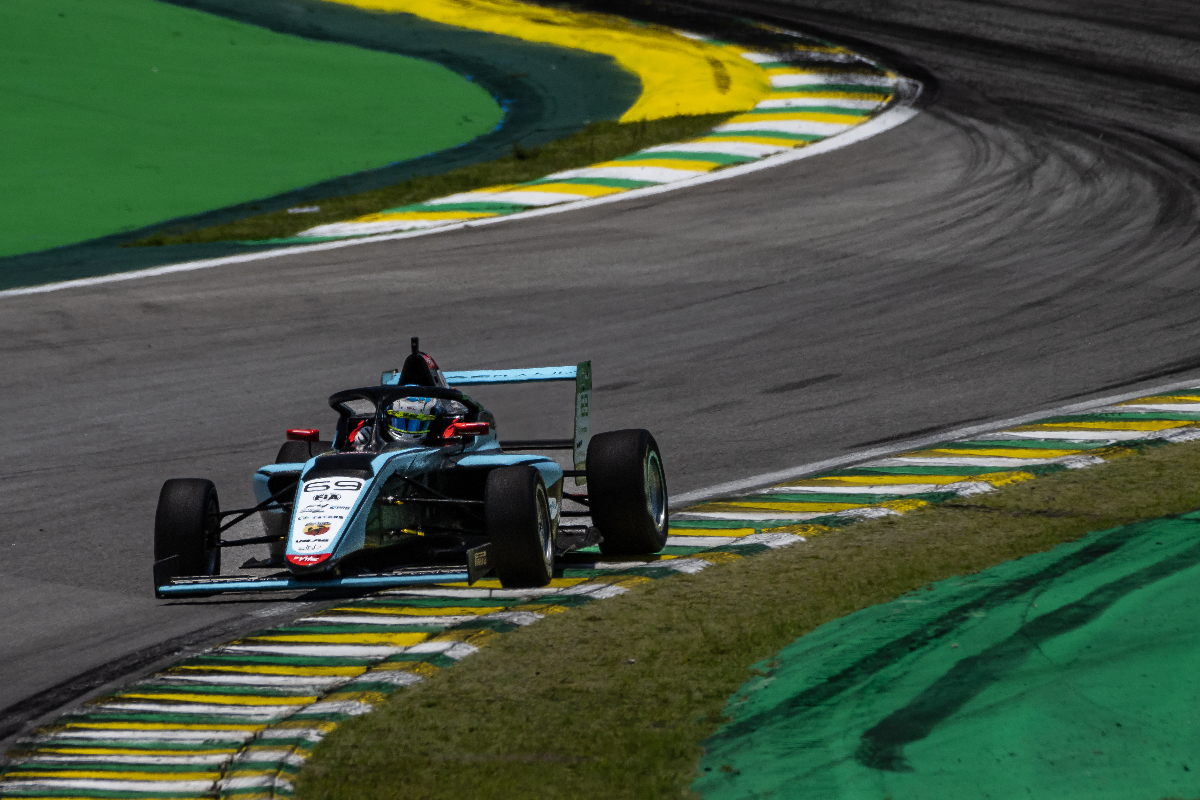 The inaugural Brazilian F4 champion won races with three different cars in a single season and rose above the opposition in a championship designed to level the field. Luis Ferrari speaks to the rising star

When promoters launched the Brazilian Formula 4 championship, it was no secret that the developing series had the goal to offer equal chances to all. Drivers were allocated to four teams, the new Tatuus F4 T-021 machines also were distributed randomly among them, the pole-sitter’s set-up was shared after each round, the race one results were reversed for the grid of race two, cars were meant to be redistributed through the field at the season’s halfway point and testing was restricted.

Not by chance, at the Interlagos season finale there were five out of the 13 drivers who had raced every previous round still with a chance of being runner-up to champion Pedro Clerot.

But the 15-year-old Brasilia-born driver stood apart, having secured the inaugural crown at Goiania with a round to spare, in spite of the equality-seeking restrictions set out in the sporting regulations.

Behind the success of the Full Time Sports driver and Lewis Hamilton fan there was a great amount of planning.

Once Clerot decided to compete in Brazilian F4, he wanted to be as prepared as he could. With just one year of open-wheel racing in halo-shod grassroots open-wheel category Formula Delta in 2021, where he broke national age records by competing and winning aged just 14, he was optimistic after three wins in 14 races there and the championship runner-up spot. But also quite aware that a F4 move would represent a formidable jump.

So he went to Europe and looked for testing opportunities, as the Brazilian F4 championship would only start in May.

“I managed to drive both the previous-generation Tatuus [F4 car] and the new one. It was important, so I could understand where the car improved,” Clerot tells Formula Scout. 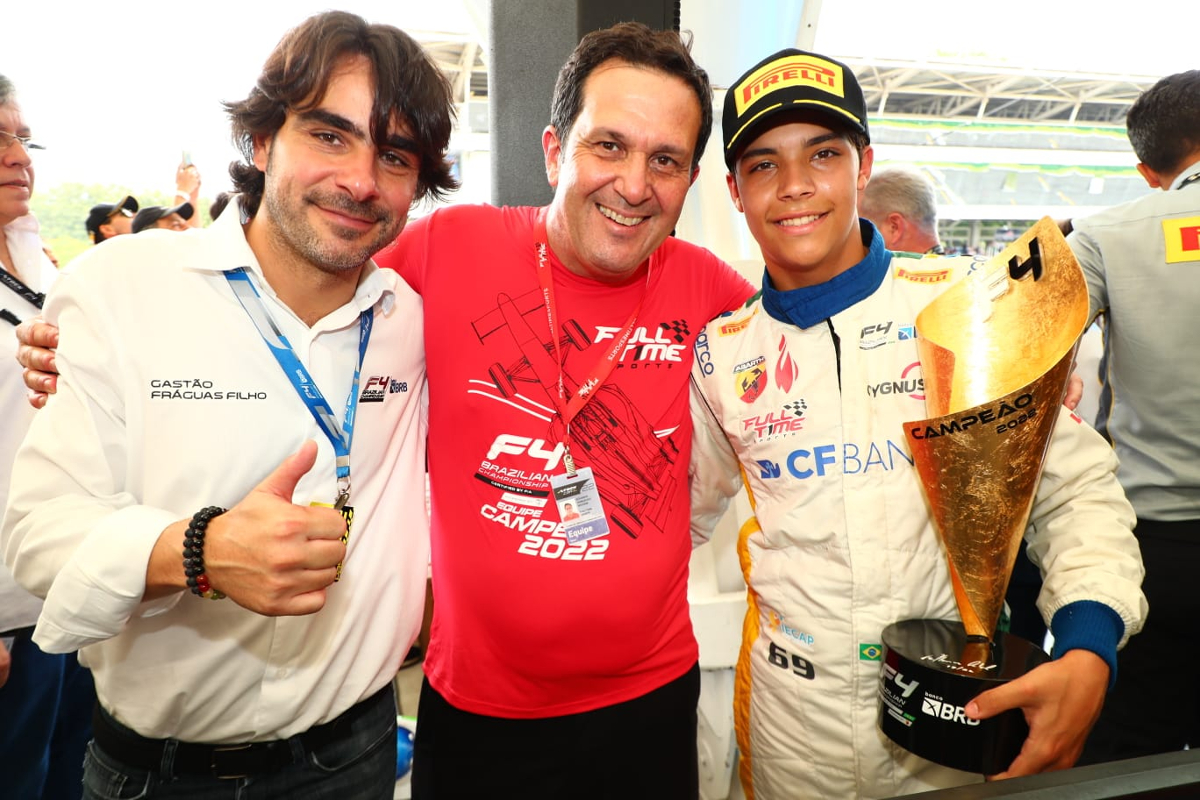 Once the season started, he and his engineer Eduardo Bassani were ahead of the competition in terms of developing the car. He won with every lap led in two of the three races in the opening round at Autodromo Velocitta, and had a nearly perfect round two at Interlagos, winning races one and three from pole and finishing second in the reversed-grid race two.

His dominance in the final race, with a winning margin of 9.880 seconds margin in 17 laps, motivated promotors to bring forward the first rotation of cars to the next round, one week later. A draw was done and the cars went to their new teams straight from parc ferme.

Clerot was 0.036s shy of race three pole in round three, but secured the top grid spot for race one with his second fastest qualifying lap. With his ‘new’ car, Clerot once more prevailed with a grand chelem (victory, pole, fastest lap and all laps led). At the halfway point of the championship, his worse results were two fourth places in the less valuable reversed-grid races.

“His consistence made a huge difference,” says Bassani. “I was impressed with Clerot’s maturity since the first time we spoke on the phone and when we came to work together at track his sharpness providing feedback to the team was remarkable.

“He is never telling us what to do, like raising wings, giving more, less camber or other changes. He is very accurate in reporting how he feels the car rolling and trust his engineer and mechanics to sort it out the way they believe will improve performance. By doing so, we developed a trust relationship that was critical during the rest of the season, as the other drivers were catching up,” adds the Full Time Sports crew chief.

That was crucial in the next round, when the series went back to Velocitta. Clerot was 0.316s away from the pole and Bassani decided a radical set-up change before the race.

“Because of data sharing, we knew exactly what the adversaries were doing, so we copied their car adjustments, which was in an opposite direction of our development line since day one. There was no time to test it and Pedro embraced the call. He adapted the way he had driven before and won again.” 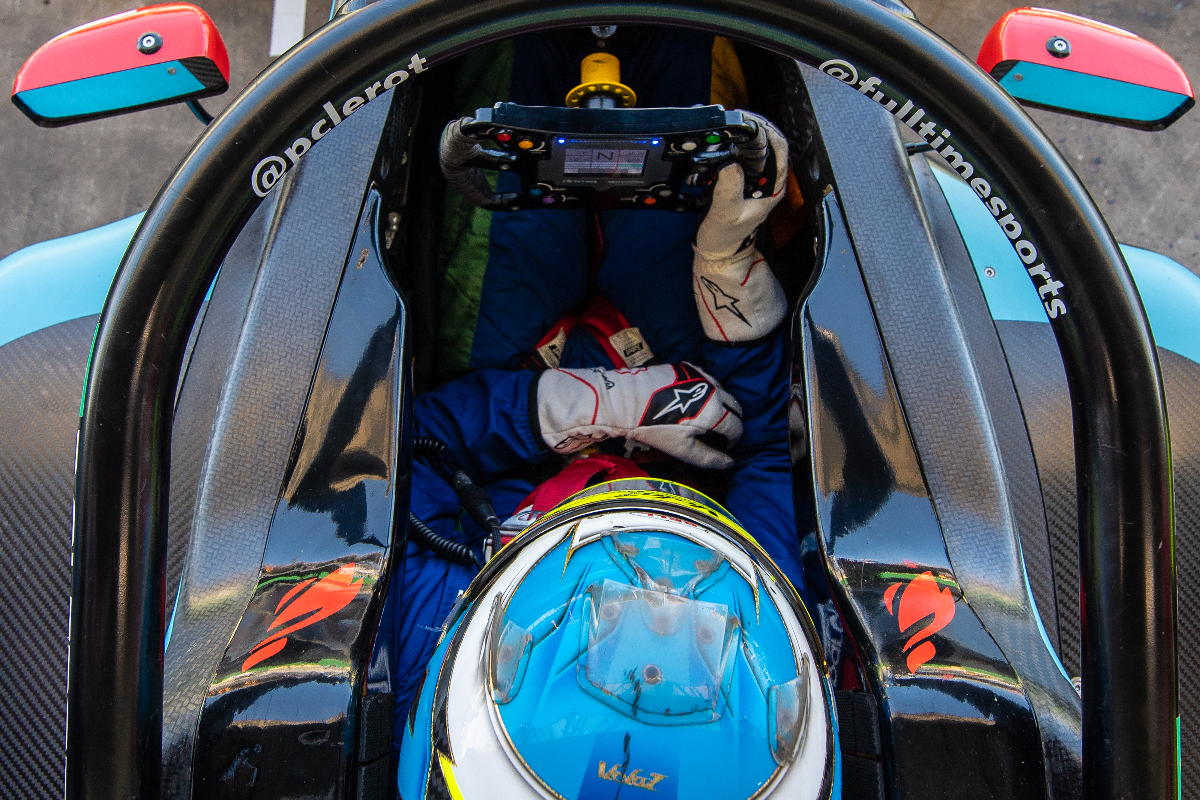 Then they went to Goiania, where the cars were redistributed between teams again. This time Clerot got his worse vehicle of the year, a car that had been crashed some times before. But once again he managed to win one of the three races, and was able to celebrate winning the title when he took to the top spot of the podium in race three.

By doing so, Clerot became the only driver to win with three different chassis, and the only one to win on all three of the tracks used in the series. He finished the season with seven wins and 11 podiums from a 18-race championship.

“Apart from the special time we had in Brazil, I also learned a lot racing in Europe, both in Italian F4 races and the FIA Motorsport Games, when I got to race a different car,” states Clerot. He feels ready to move to a full-time season in Europe in 2023, and Bassani is positive that Clerot will fight for the Spanish F4 crown next year.

Clerot has signed with MP Motorsport and says that the success the Dutch-based team had with his countrymen, like reigning Formula 2 champion Felipe Drugovich and FIA Formula 3 race winner Caio Collet were considered in his decision. “Also they run programs from F4 to F2, so I believe it will be a great environment to develop a long-term relationship.”

On his choice to go to Spain instead of Italy, the location of Europe’s other major F4 series and where Clerot did two weekends this year (the first just before the Brazilian opener and therefore marking his F4 race debut) with AKM Motorsport under the tutelage of his Pro Racing manager Marco Cioci, he says that both are great series.

“But I understood that in Italy there is a bigger gap between teams. In Spain there were qualifying session with 0.15s spreading the top eight drivers. Also in Spain there are less cars in the field, so probably there will be less time spent under yellow or red flags during practices and races, which will give me a better time to develop. That’s my plan and I believe in it.”

Considering the way he planned his 2022 season and how it progressed, there is ground to trust the inaugural Brazilian F4 champion’s long-term vision.