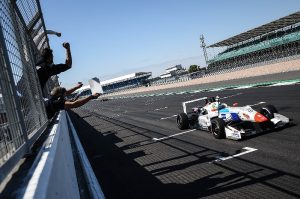 After a breakthrough win at Silverstone, a young Dutchman is making his move from F4 to F3 machinery look easy. Elliot Wood investigates to see if this is the case.

Since Formula 4 Northern European Zone was created in 2015, it has been hit and miss with producing top talents. The first two champions Niko Kari and Richard Verschoor both received Red Bull backing, but have so far struggled to live up to their potential since.

Admittedly it may be the year for rookies in F3, but none has as little experience as Viscaal, who’s followed Lance Stroll and George Russell in switching to F3 after one season in cars. He differs from both though in making the step up without a title under his belt.

?The transition to cars was actually very smooth, because the basics you already learn in karting,? Viscaal says.

?But there are quite a lot of things new as well, especially downforce, which is non-existent in karting. You need a couple of testings days and then you’re used to the car.

?I started winning quite a few races at the end of last season. At the beginning I had too many DNFs and a little bit too much bad luck to be champion. Obviously it was very strong with Lundgaard and Alexander Smolyar. Lundgaard is doing a very good job at the moment in Eurocup. So I think I can be very happy about my debut season in cars. 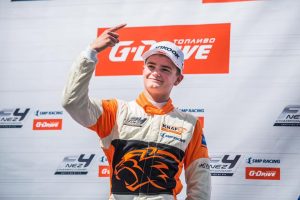 ?At the end of the year we were very close. I think it was every race there was only one tenth between us. I should?ve done better in the beginning of the year to be honest.?

Although Viscaal can rue about F4, in which he also finished second to Lundgaard in the Spanish championship, it is this season he needs to focus on. He is already confined to second due to the domination of RP Motorsport?s Felipe Drugovich, winner of 12 of the first 14 races, but is the rookie champion and had the better of him in the pre-season Winter Series races at Paul Ricard in March.

“My transition to F3 was very smooth as well. You get used to it very quickly. This car makes a lot more sense than the F4 car in terms of balance and aero.” The smooth transition was no confidence boost for Viscaal though.

“You have to be honest to yourself and know that winter is something different to the normal season. The conditions are completely different, in terms of temperature, teams, drivers; everybody?s not prepared yet. One of my strong points is to be ready very quick. So that was a big advantage in the Winter Series, obviously.

“It would be nice to have the same dominance as in the Winter Series, but a quite few things happened.

“I was on pole at the Hungaroring, and again [at Silverstone]. We’ve made quite a few steps in the right direction. Maybe we can have a great end to the season like last year. All in all I have to be happy again.” 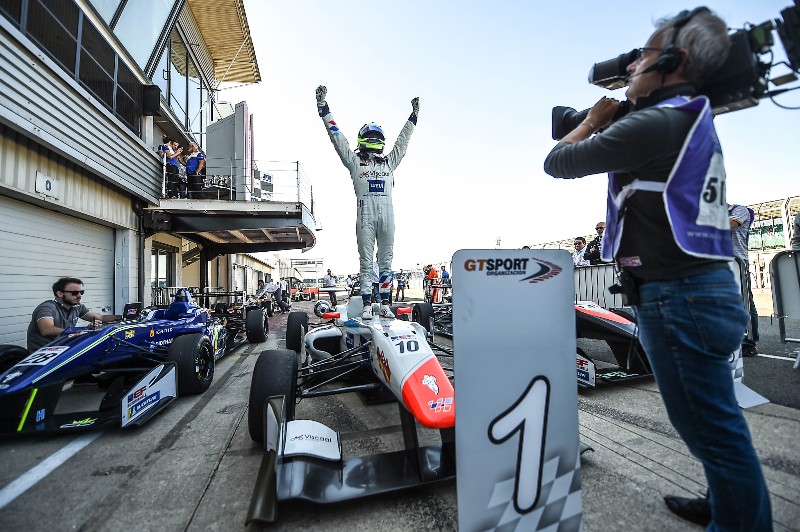 Drugovich won the title at Monza, assisted by his rival retiring in the first race, but Viscaal is not too concerned.

“The gap is obviously very big. RP seems very strong for the last couple of years in this championship. So we have quite a lot to catch up, but I think we are on the right track for sure.”

Viscaal is odds on to finish runner-up in the standings, in just his second year out of karting. With old rival Lundgaard further down the single-seater ladder, has Viscaal gained an advantage by heading straight to continental F3?

“Not really. I think in terms of car, the Euroformula Open is much more of a racing car than a Formula Renault. I mean, it?s an F3 car. So it?s definitely a nice car to drive, and also you learn quite a lot in it. I?m happy about my decision to go to Euroformula Open, but?I?m not sure what FIA F3 is doing next year.”

Renault is likely to put Lundgaard in either the planned F3 by Renault championship or in the FIA’s International series, neither of which will use the current Dallara F3 car. But unless he stays in EF Open, Viscaal will probably also be starting from the ground up with a new car next year just like everyone else. Regardless, he can still count on the backing of the Dutch federation, which also backed Max Verstappen during his year in F3.

“If someone from Holland does well, you can see what happens with Max with all the fans in the grandstands, which is absolutely amazing.”?It’s not unfeasible to see Viscaal also enjoying some of that support in the future. 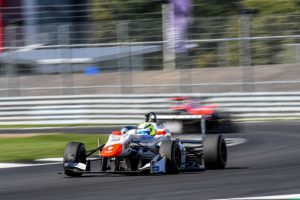