Home Featured Schumacher: “We have to be smart” in Bahrain to win F2 title
Formula 2News

Schumacher: “We have to be smart” in Bahrain to win F2 title 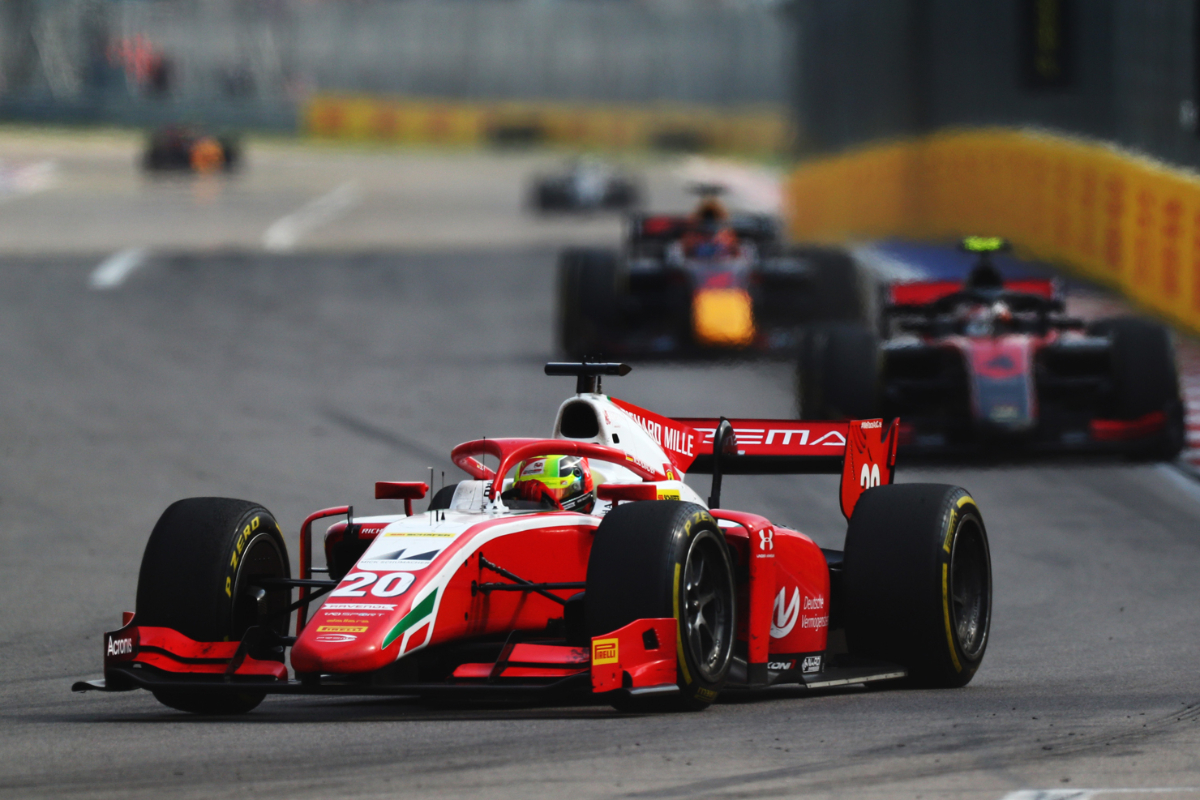 Formula 2 points leader Mick Schumacher says he ‘has to be smart’ over the final two rounds in Bahrain to win the title.

The Prema driver currently sits on top of the standings by 22 points, with two race wins to his name, but is yet to start on the front row this season while main title rival Callum Ilott has claimed four poles as well as three wins for Virtuosi Racing.

There are seven other drivers still in mathematical title contention, down to Hitech GP’s Luca Ghiotto who is 87 points behind in ninth place.

When asked how likely he thought it was that he would become champion, Schumacher said:

“I think it’s difficult to talk about this right now. Obviously we still have 96 points to give away. Everything’s open. I think the top six in the championship still could win the [title], so everything’s open.

“For me it’s really important to just keep my focus, to keep improving myself, to keep learning, and to just go for it.”

Schumacher will work with Prema to “build the best car possible around myself” for Bahrain, after he was the fastest driver in race trim last time out in Sochi and claimed feature race victory and third in the sprint race to extend his points lead.

Bahrain’s Grand Prix layout was used for F2’s sole pre-season test, meaning this weekend’s round is the only one this year where drivers will be going in with knowledge of how the F2 car will behave on Pirelli’s new-for-2020 18-inch tyres.

“I guess you could say that it is helpful that we’ve been there before,” Schumacher added.

“We’ve been able to collect some data that we didn’t have up to now this year. So obviously it’s completely different because it’s a new car and a dirty track. So this weekend specifically will be most likely the only dirty track with a car we know.

“The set-up doesn’t vary that much from weekend to weekend, so we know what to expect. Let’s say it like this. Therefore, yeah, we will have a different approach, but it won’t be massively different.”

The season finale will also takes place in Bahrain, but on the rarely used Outer layout which cuts out the middle sector of the lap.