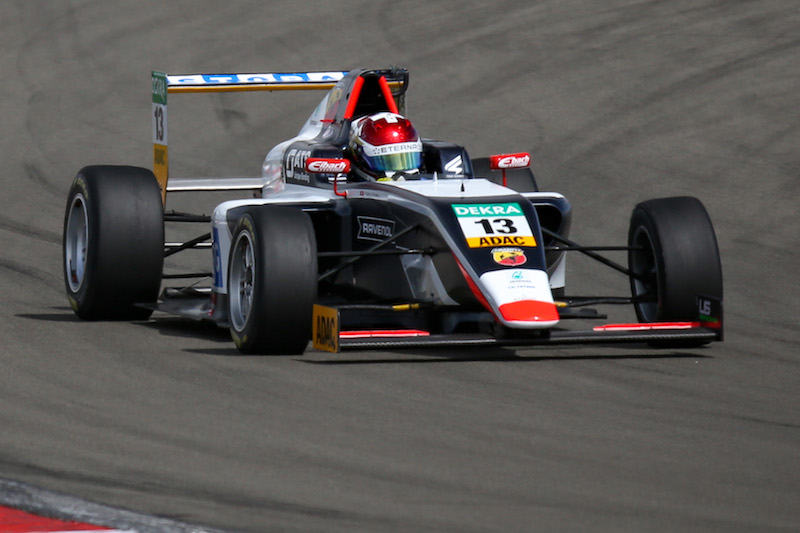 Fabio Scherer won the second ADAC Formula 4 race of the weekend at the Sachsenring ahead of Marcus Armstrong, who grabs the series lead with four races remaining.

From the third on the grid, Scherer opportunistically took the lead at the first corner when his US Racing team-mate and pole-sitter Julian Hanses opened the door in the inside while defending from Armstrong on his outside.

Armstrong also got past Hanses as the field went through Turn 2, but would never really trouble Scherer during a race that featured three safety car periods – the first after Kim-Luis Schramm lost control on the kerb inside Turn 4 and took title outsider Felipe Drugovich with him into the gravel trap.

With 18 of the scheduled 27 minutes (after an aborted start) remaining, Hanses put two wheels over the kerb exiting Turn 7 and was spat through the large gravel trap outside Turn 8.

That put Sophia Florsch up into third position and on course for her maiden single-seater podium, but she had to deal with big pressure from Nicklas Nielsen at the next restart after her Mucke team-mate Tom Beckhauser spun off.

She held onto the place however until the final safety car came out onto the last lap after Cedric Piro went off and came to a stop.