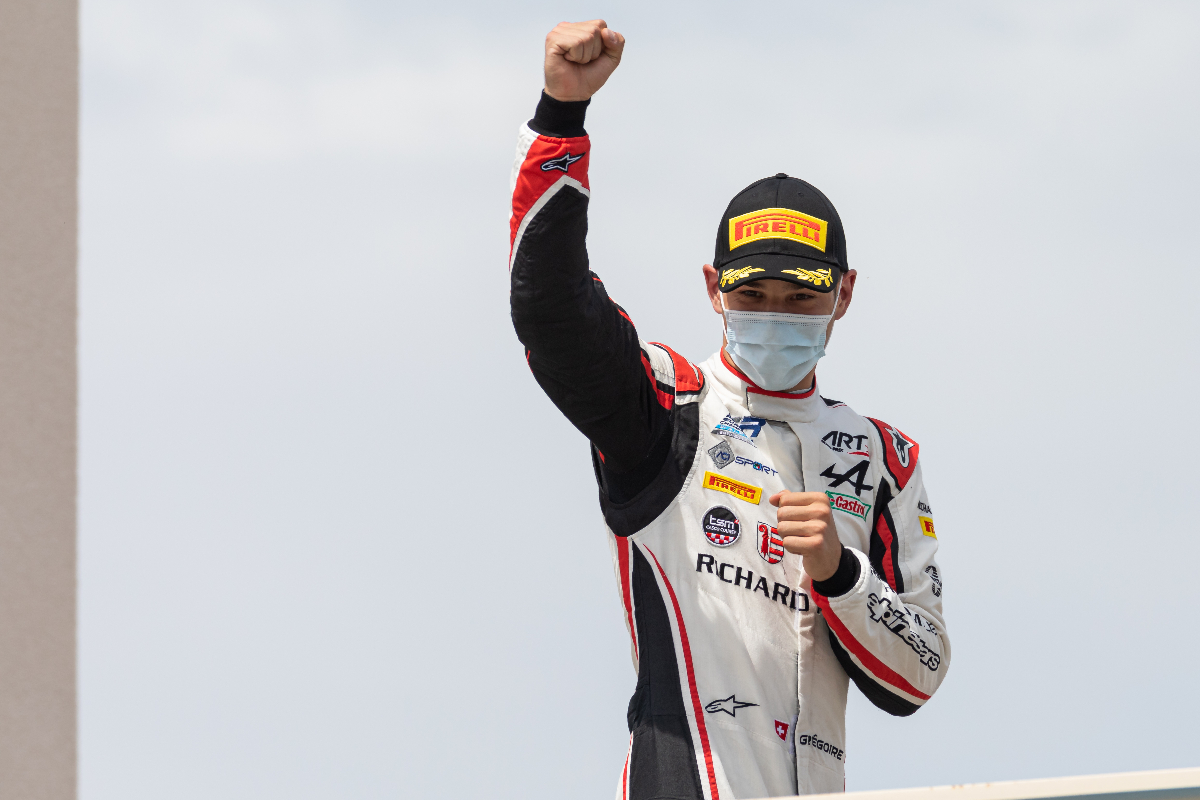 The ART Grand Prix driver won the race on track ahead of R-ace GP’s Hadrien David, but in scrutineering afterwards it was found a Belleville washer was used in the wrong direction and FREC stewards chose to disqualify Saucy’s car.

Saucy rebounded by taking pole and victory in the second race on Sunday, extending his championship lead to 23 points.

“An almost perfect weekend, since I had the best time in each session during the whole weekend,” Saucy said.

“Unfortunately, following scrutineering after winning the [first] race, a part had been reassembled in the wrong direction, but which brought absolutely no performance [gain]. I was disqualified from the race.

“A penalty far too heavy and difficult to digest for me and for the whole of the team. I then had only one objective going to bed on Saturday evening: completing the pole Sunday morning and winning the race in the afternoon, in order to demonstrate that this human and involuntary error gave me no advantage on the track.

“I absolutely wanted this for myself, but also for my team. And everything went well. Pole on Sunday morning and victory in the afternoon race.”

Saucy’s 2021 form has really turned heads, starting the FREC season with five on-track victories from eight races having previously not won a race in the first five years of his single-seater career.

He’s also taken five poles, adding to the two he picked up as a car racing rookie in the Formula Renault 2.0-based VdeV Single-Seater Challenge in 2016 and then the double pole he claimed at Monza in Italian Formula 4 in 2018.