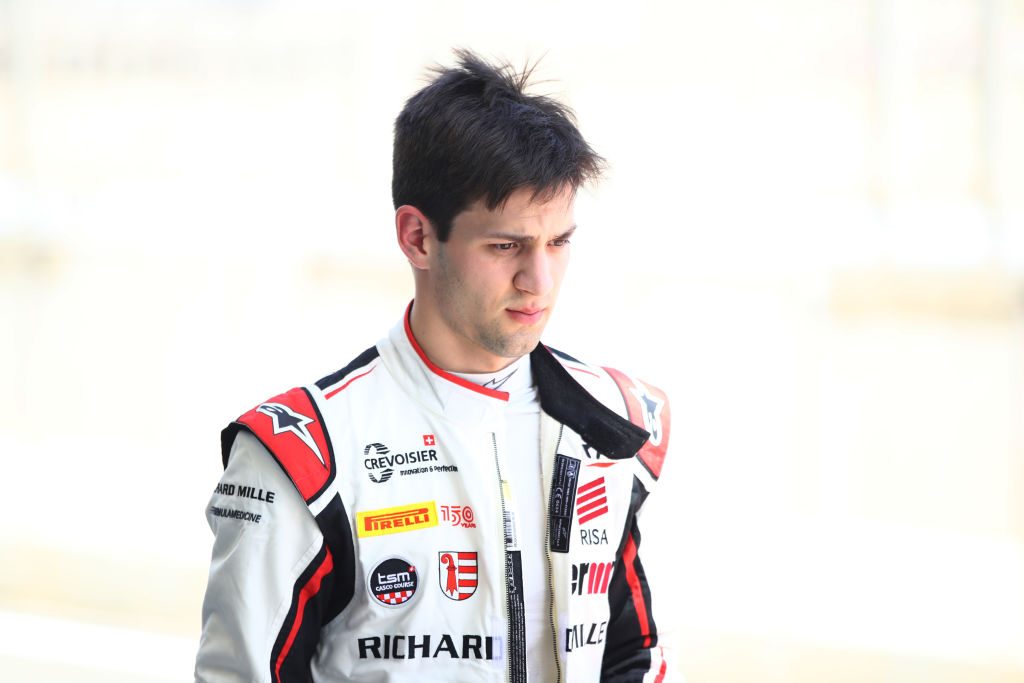 Saucy’s team-mate Victor Martins led the way with a 1m32.937s lap after the first runs were completed. Just when the opening hour was completed, Trident’s Roman Stanek bettered Martins’ time by three tenths of a second to go on top.

The first red flag of the session would come a few minutes later as Hitech GP’s Isack Hadjar came to a halt at turn three due to mechanical issues.

As the action resumed, drivers went back out on track again with Colapinto going fastest. However, his benchmark was soon beaten by one-and-a-half tenths by Saucy, who set a new reference laptime of 1m32.247s.

Few cars were on track as the session entered in its last hour. Prema’s Arthur Leclerc, Ollie Bearman and Jak Crawford were among those racking up laps though as the trio carried out race simulations.

The session was red-flagged a second time with less than 20 minutes to go. Matteo Nannini, who is replacing Juan Manuel Correa at ART GP during this test due to the latter’s injury, stopped at the exit of the chicane. The marshals were able to bring the car back to the pitlane quickly, and drivers had 12 more minutes of green flag before the chequered flag.

Colapinto was the most active driver, notching up 49 laps.

David Schumacher was called up last-minute to replace Ayrton Simmons at Charouz Racing System, and only got on track at the very end as he had to complete a seat fit and have the car adapted to him.

The German will race in the DTM this year after two years in FIA F3. Simmons has flown to the United Kingdom after spending the days before testing in Barcelona.