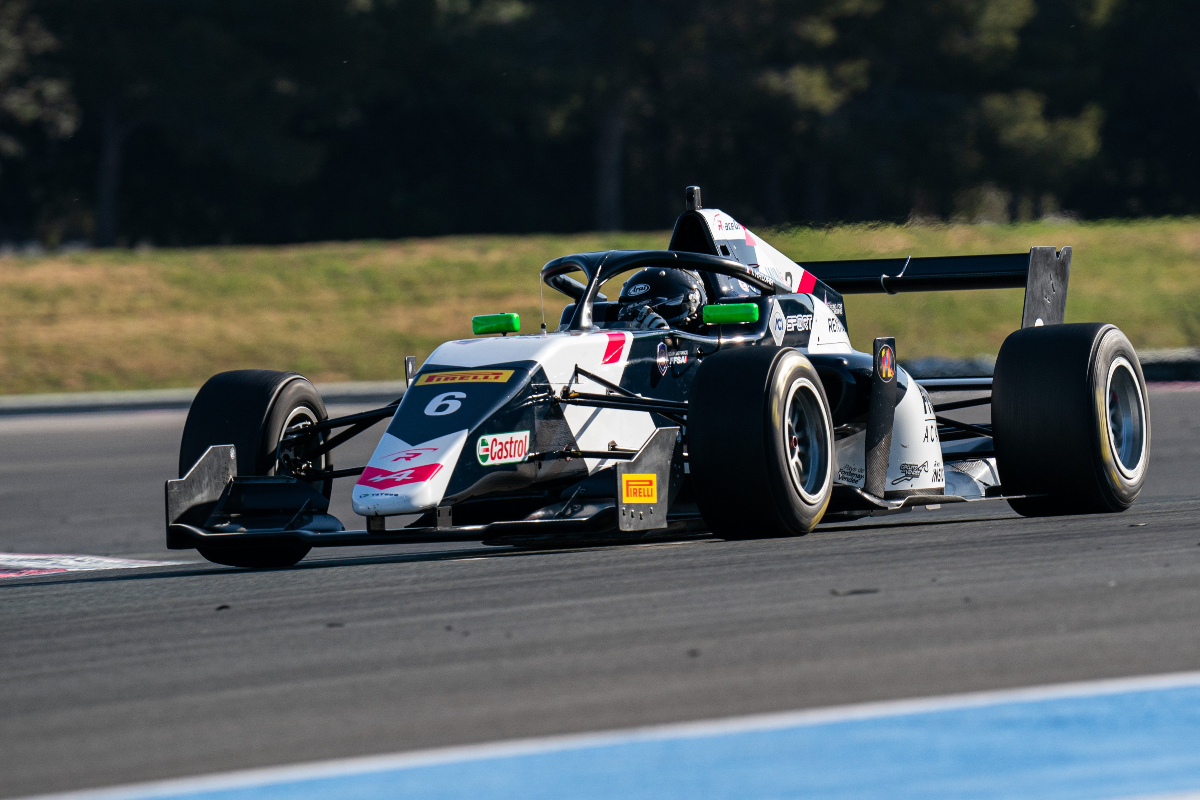 It was FA Racing’s Brad Benavides who was the first driver of the day to record a sub-two minute lap, before Arden’s Alex Quinn went fastest and remained in top spot for 50 minutes before Saucy displaced him and became the first to break into the 1m58s. He improved on that laptime once, before most drivers returned to the pits for a lengthy period of time.

Those who returned to track in the final 35 minutes to record improvements included Arden’s William Alatalo and R-ace’s Zane Maloney, who went third and fourth fastest behind Saucy and Quinn.

Drivers spent long durations in the pits again in the afternoon, and only 12 headed out in the first hour. Hadjar was on top at this point with a 1m58.549s, and he stayed there until almost the very end.

MP Motorsport’s drivers were pretty much the only ones to go on track in the middle of the session, having not even peeped out the garage prior to that and setting their first laps with just over an hour remaining of the day.

They didn’t shoot up the order, not benefiting from slipstreams as they were running spaced out, but when most of the field returned to track in the final 13 minutes it proved far easier to set personal bests.

Saucy set the fastest lap of the day, and there was near-constant changing of the positions just below him until Hadjar matched him with two minutes to go and be the only other driver in the 1m57s.

Quinn leapt up to third after the chequered flag, while Alatalo, Maloney, Prema’s Paul Aron and Beitske Visser were among the eight who didn’t improve in the afternoon.

W Series racer Visser was standing in at R-ace for Lena Buhler, who is currently ruled out by a broken hand.