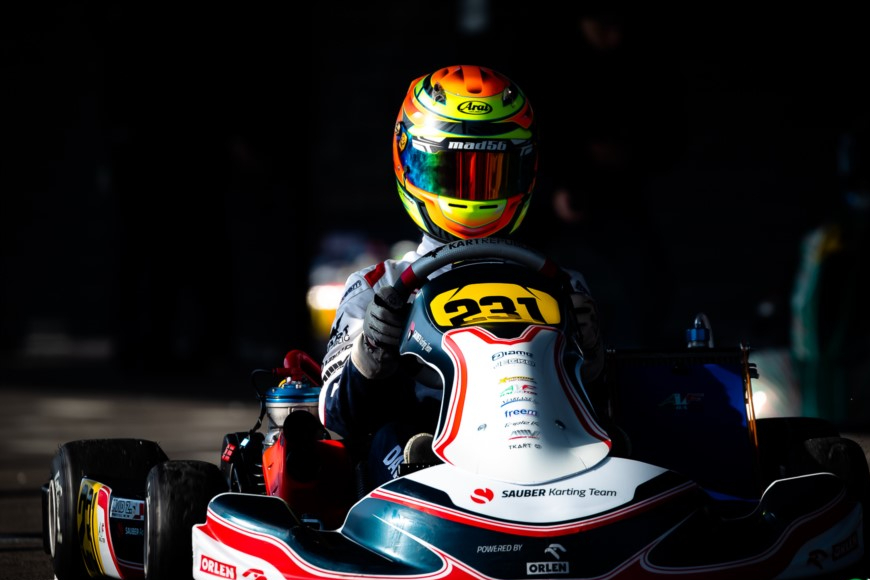 Sauber junior Zachary David will make his single-seater debut in this weekend’s ADAC Formula 4 round at the Lausitzring.

The Filipino will join the line-up of US Racing, who he joined for a test at the Red Bull Ring earlier this month.

Back in March he tested at Mugello and the Red Bull Ring with AKM Motorsport, which is co-owned by Kart Republic boss Dino Chiesa. David currently races on Kart Republic’s karts for the Sauber team.

The 15-year-old has had a mixed season in the OK kart category, coming 32nd in the Champions of the Future Winter Series event then 21st in WSK’s Super Master Series, followed by 24th place in its Euro Series, a pointless run in the main CotF series and then an improved 18th place in the CIK-FIA European Karting Championship.

Last year he raced OK and OK-Junior karts, coming seventh in the South Garda Winter Cup and ninth in the WSK Final Cup with Sauber and 13th in the WSK Open Cup as a factory Kart Republic driver in his end-of-year OK appearances, then before that he was 24th in CotF and WSK SMS and 41st in the WSK Euro Series in OK-J.

Through 2019 and ’20 he raced in the FIA Karting Academy Trophy, coming 12th and eighth in his two seasons, and in 2018 he was IAME Series Asia champion in Cadet karts.

Also making their single-seater debut with US Racing this weekend is 16-year-old Chinese racer Ruiqi Liu.

He has F4 test mileage with AS Motorsport from last November and also this month, and is a Tony Kart factory driver. He came 39th in the WSK Euro Series this year, 18th in the Final Cup last year and on Junior ROK karts was 43rd in the Florida Winter Tour in 2019.

There will be 11 cars on the grid at Lausitz as Prema is absent but US Racing does return with its two debutants and Kacper Sztuka, who contested the season opener.