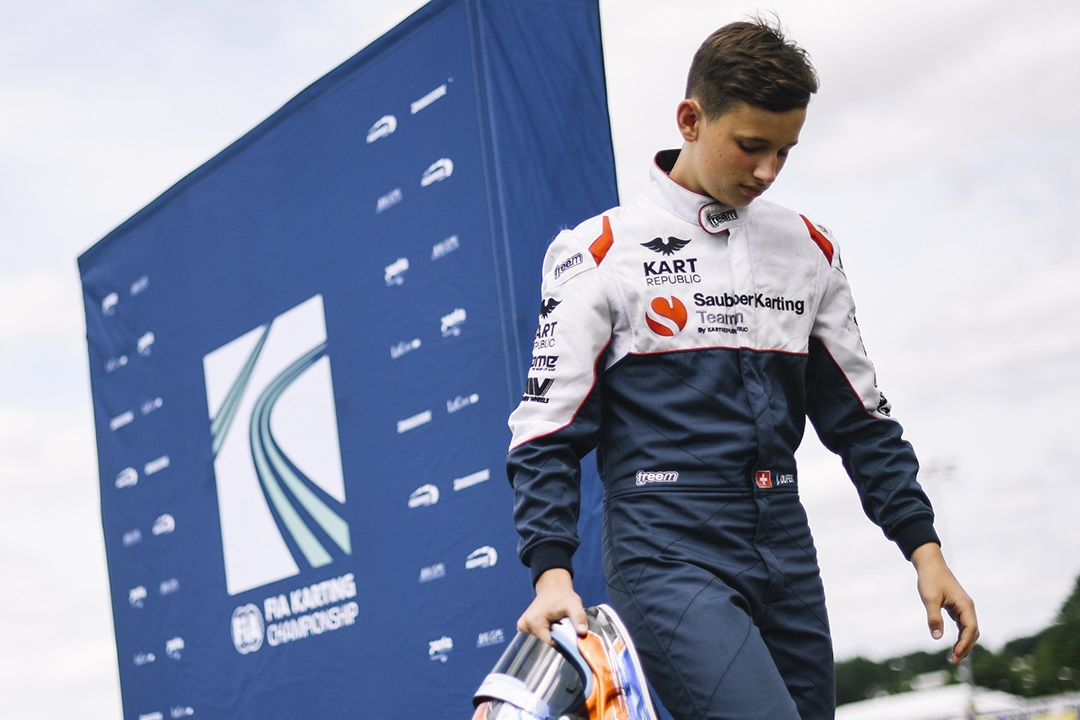 The Swiss 15-year-old finished fifth in the Italian championship and ninth in the WSK Euro Series in OK karts under Sauber’s patronage last year, having previously been competitive in junior karts and a national champion in Mini karts.

He came 16th in the 2019 CIK-FIA World championship, going fastest in his qualifying session and also taking victory in one of his heats. In the European championship he was 20th, and 21st in the early-year WSK Super Master Series.

?It?s an absolute joy to be able to join such established Formula 4 frontrunners?, said Dufek.

?I?m looking forward to a successful partnership in 2020, and can?t wait to go racing. This will be an exciting first year in motorsport for me.?

MP’s team manager Sander Dorsman added: ?We are happy to welcome Josh to our F4 team. He has shown very well throughout his entire karting career, and we hope to transfer that talent to a new environment in which we feel that Josh will thrive.?

Sauber’s presence in karting is set to continue this year, but it has scaled back its Junior Team in single-seaters after branding teams in Formula 2, Formula 3 and F4 in 2019. The Alfa Romeo Racing Formula 1 team it runs has also reduced its test driver roster.