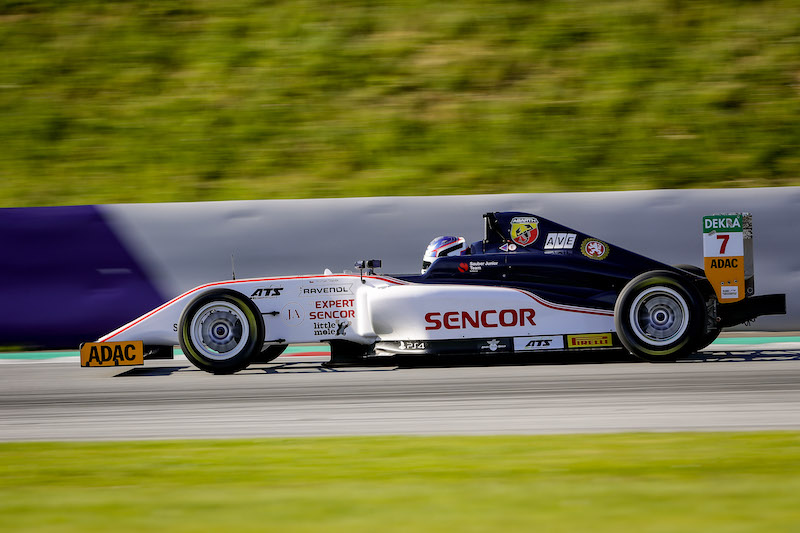 Sauber junior Roman Stanek claimed his first single-seater victory after dominating the third and final ADAC Formula 4 race of the weekend at Oschersleben.

The Czech karting graduate led away from pole position in the reverse grid race to win for US Racing by 10 seconds from Mucke Motorsport?s Joshua Durksen.

Durksen started from fourth on the grid and, after gaining one place at the start, pulled off a brave move around the outside front-row starter Alessandro Ghiretti at turn one on the eighth lap.

Ghiretti finished in third for US Racing, 7 seconds behind Durksen, with fellow Sauber junior Arthur Leclerc finishing in fourth after gaining two places at the start.

Two of the quickest drivers of the weekend, Gianluca Petecof and Dennis Hauger, started at the back of the field after incidents in race two, but the pair collided while contesting 11th place – Ferrari F1 protege Petecof receiving a drive through penalty for the incident before retiring later in the race.

Oliver Rasmussen scored Prema?s best result of the race, moving up to fifth at the finish after an exciting last lap battle with Gregoire Saucy – the Dane having passed teammate Paul Aron the lap before as well – with race two winner Niklas Krutten finishing in eighth.

Stanek leaves Oschersleben with a six-point lead in championship over Krutten, with Durksen in third.