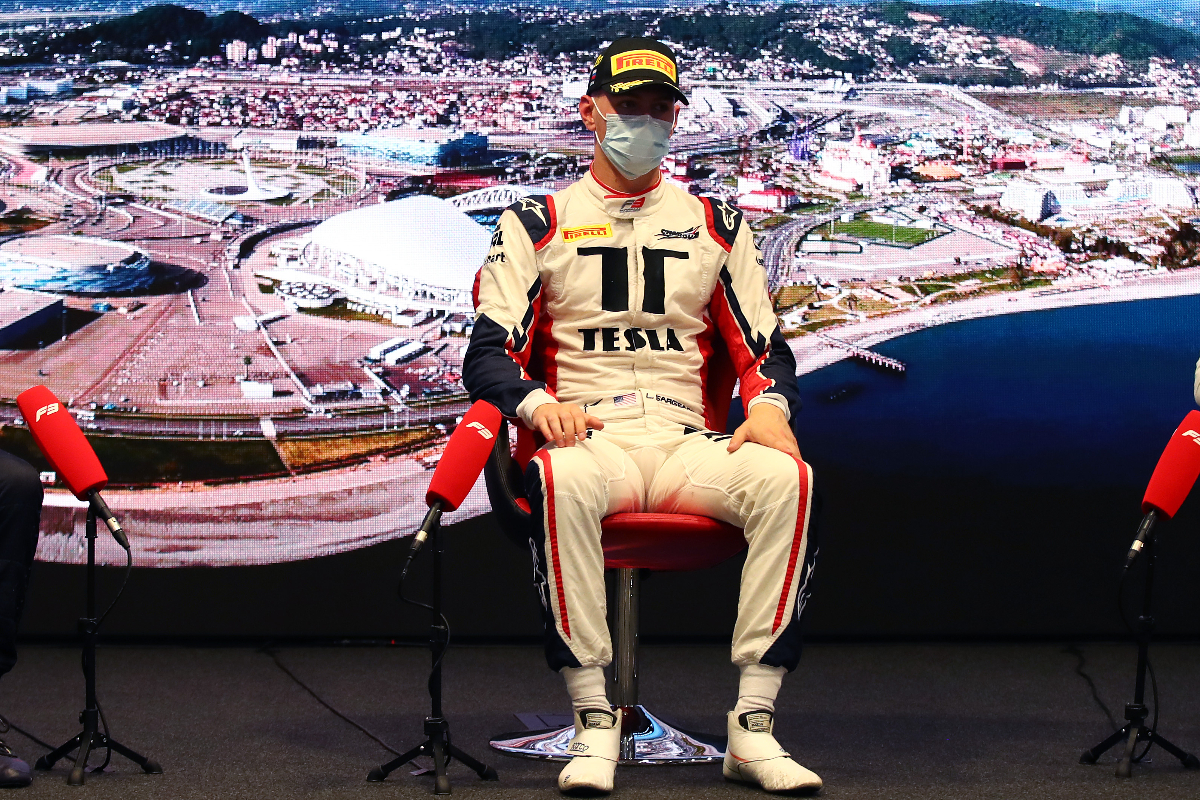 Both Charouz and Sargeant have competed in F3 since 2019, with Sargeant earning his first podium with Carlin in that year’s Macau Grand Prix. His first win came at Silverstone in 2020, and a fortnight ago in Sochi he won the reversed grid race.

Charouz had a best finish of seventh from 2019 and ’20, and Sargeant initially took its first podium at the Red Bull Ring this year. That was taken away, but he then finished third at the Hungaroring, second at Zandvoort and first in Sochi.

“Last year, winning the feature [race] was a little bit more satisfying, but honestly it feels good,” said Sargeant when asked by Formula Scout how this win ranked against his Silverstone main race and reversed grid Spa-Francorchamps wins of 2020.

“At the start of the year, we were pretty far from winning a race. Now today we’ve achieved it, so we’ve definitely come forward. We have to be happy with that as a team.”

Sargeant joined Charouz for this season at the last minute, unsure if his racing career would continue following a family financing scandal and unsuccessful sponsor search despite finishing just five points short of the FIA F3 title in 2020.

He was the last of the drivers announced for the season, along with initial team-mate Enzo Fittipaldi, as both were approached by Charouz to fill the seats rather than bringing money to the team.

“I more came into the season to help the team,” Sargeant said.

“I didn’t necessarily have to do it, after the season I had last year, but it was good to keep me active and also help them move forward. Hopefully next year they can get a solid line-up to keep that progress going.”

In Charouz’s first F3 season (under Sauber Junior Team branding) just 15 points were scored, but that tally decreased in 2020 as five points across 18 races left it in last place in the teams’ standings.

Bringing in Sargeant proved to be an astute piece of business, as the American’s 102-point haul contributed significantly to Charouz’s fifth-placed finish in the standings, and he has outscored the combined line-ups of four different teams.

Fittipaldi scored 25 points and claimed a podium of his own before being promoted to Charouz’s Formula 2 line-up, but his replacements Hunter Yeany and Ayrton Simmons didn’t score and neither did Reshad de Gerus or Zdenek Chovanec who drove the team’s third car.