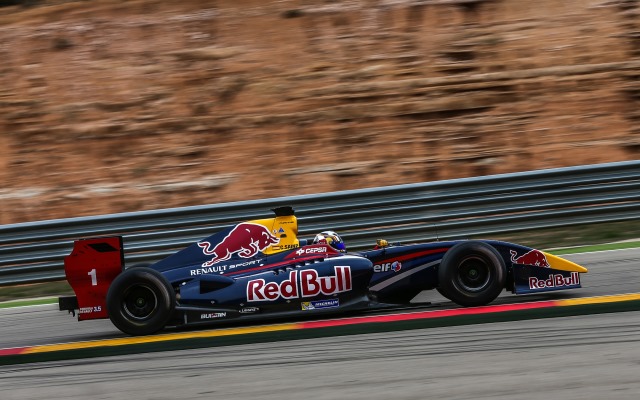 Having broken the lap record in the opening test session of the second day at Aragon, Red Bull junior Carlos Sainz then went on to post the quickest time of the afternoon.

Yet again, the Spanish youngster was largely not in the fight for the top spot until the closing minutes of the session, with Arden teammates Will Buller and Pierre Gasly taking on the leading role. The Frenchman maintained his hold at the top spot throughout much of the running, but would be deposed by his squadmate with less than 15 minutes to go.

However, the Brit would not retain first for long, as a last-minute series of laps from Sainz allowed him to firmly secure the lead in the session. The Red Bull youngster would eventually wind up with a time that was two tenths off of his lap record, but still allowed him to retain the top spot.

Pietro Fantin continued an impressive run of testing pace with fourth, leading the British duo of Will Buller and Caterham Academy driver Will Stevens.

The Aragon test will conclude with two more sessions on Thursday.

Diego Borrelli to race in BRDC F4 with SWR