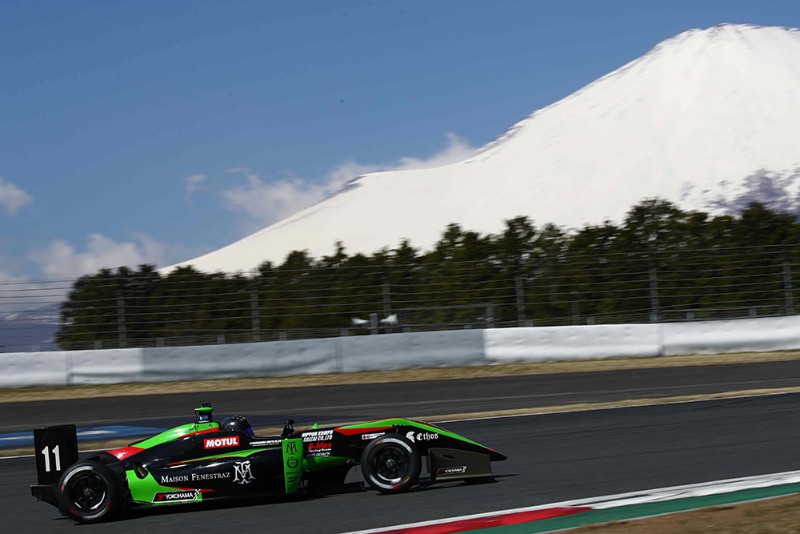 The European Formula 3 race-winner was fastest on both of the Thursday test sessions with the B-MAX Racing by Motopark team, with 2018 championship runner-up Ritomo Miyata’s Wednesday benchmark enough to put his TOM’S car in second in the combined classification.

As per the previous test at Suzuka, Okayama Team’s Charles Milesi was third fastest and a sizeable gap ahead of the rest of the field.

The usual Japanese F3 and Formula 4 competitors filled most of the rest of the 15-car field, although Hanashima Racing’s Riki Okusa failed to set a lap due to car issues, with the exemption being B-MAX/Motopark’s Ameya Vaidyanathan who is expected to sign for the team.